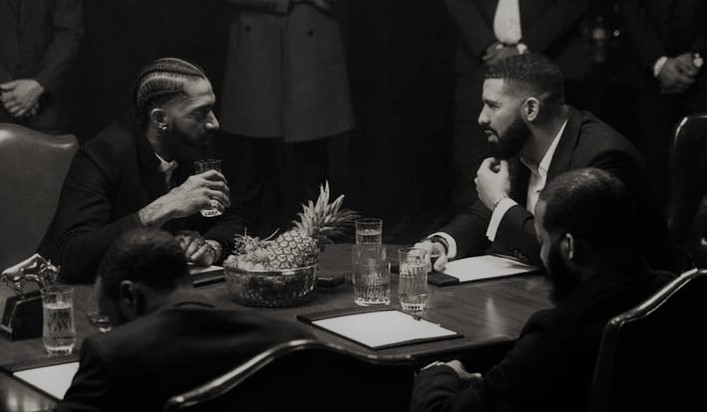 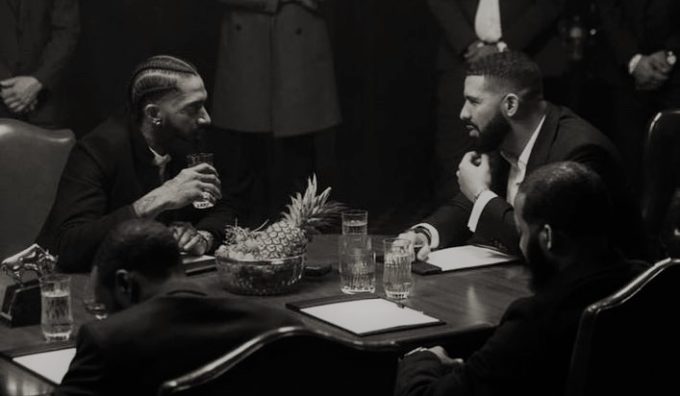 Tributes have been pouring in from all over the world for Nipsey Hussle who lost his life to gun violence in L.A on Sunday evening. The police is still to arrest anyone in the case but the LAPD homicide detectives reportedly have a suspect in their sights and it’s someone the rapper knew. They believe the incident could be a result of a “deal gone wrong.”

Drake is the latest star to pay respect to the late great, stopping his show at London’s O2 Arena to reflect on his life. “Somebody that provided for his people. Somebody that always treated you with respect when he saw you. Somebody that demanded respect when he walked in a room,” Drake said to the crowd about Nipsey. “So, I really just.. wanna do this shot for Nip tonight and I just want everybody to look around and be grateful and happy that we’re all here together alive and well because life can end at any moment.”

Fuck. My whole energy is just at a low right now hearing this. We just linked for the first time in years and said we were gonna do a new song this summer cause it had been too long. You were having the best run and I was so happy watching from distance fam nobody ever talks down on your name you were a real one to your people and to the rest of us. I’m only doing this here cause I want the world to know I saw you as a man of respect and a don. Rest easy my g.

“I just want to say I love you, I’m thankful to be here with you tonight. London, as long as you’ll have me back I’ll stand in the middle of this building and I’ll give you everything I f*cking got. Cheers my brother. Rest easy, my G,” Drizzy said. Watch the video below.

Drake had earlier revealed on his Instagram that the two were planning to collaborate once again on a new song this Summer. Last night, Kendrick Lamar paid a tribute to Nipsey Hussle at his Lollapalooza Argentina show.