50 Cent Praises Jay-Z As a Music Executive; Says Hov Wanted to Beat Him Through Kanye 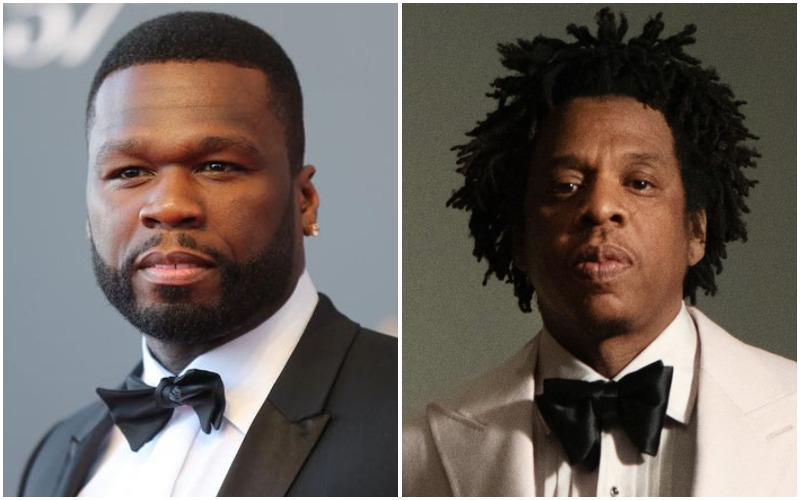 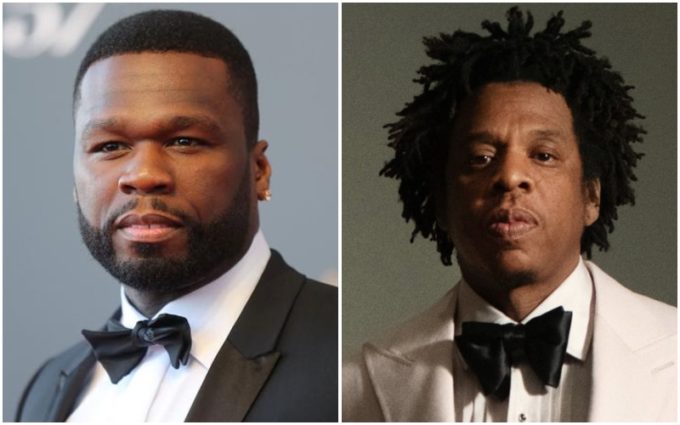 In his new book Hustle Harder, Hustle Smarter, 50 Cent speaks in detail about fellow rap mogul Jay-Z with whom he’s always had a complicated relationship. Mind you, there’s never been any “beef” but when 50 became the biggest rap star in the world, of course others would be envious of his success.

Even Jay himself had admitted in his Breakfast Club interview in 2013 that he asked his crew to step it up because of how big 50 was getting. “I remember one time walking in the studio, and uh, it was like a small gap, and Bleek, Beans, everybody was in there, and I was like man I’m telling you, y’all got a chance right now, flood it, put out a lot of music. Because 50 Cent is coming!” Hov commented to the hosts. “And you know, four months later ‘In Da Club’ hit and it was over and everybody gotta sit on the sidelines and wait this title, wait it out. Just seeing things like that.”

In one of the chapters in his book, 50 kind of refers to that after praising Jay as an executive, explaining how smart he was in making the move from Roc-A-Fella Records to Def Jam. 50 said Mr. Carter raised his stakes in the mainstream by associating with more commercial artists like Kanye West and Rihanna. “By taking over Def Jam, Jay positioned himself to make that label’s preexisting superstars his new crew. Instead of being closely associated with Beanie Sigel and Freeway, he became associated with Kanye and Rihanna,” 50 says.

The G-Unit boss further gives his opinion: “It was a major commercial upgrade. And unlike when he was running Roc-A-Fella Records, Jay didn’t have to put in any work grooming them or investing money in their careers. Def Jam had already done that. It was like moving into a fully furnished home. And better still, after he stopped running Def Jam, Kanye and Rihanna still saw Jay as their boss. He got to take all that furniture with him when he moved out!”

“I salute Jay for a sophisticated strategy. There was nothing unethical or disloyal about it.. A lot of people hesitate to make those moves. They’d rather stay connected with the same group of people, even if those people aren’t getting them any closer to success. Jay didn’t fall into that trap. Still hasn’t,” 50 adds.

Much later in the book, 50 Cent has a whole chapter named “Curtis versus Graduation” dedicated to the much publicized sales battle with Kanye West in 2007 when his Curtis album went against ‘Ye’s Graduation. One interesting thing 50 claims is that he was the one who pitched the proposal directly to Kanye in order create an energy never seen before in music history, contrary to previous interviews that Kanye has done where he said it was his idea. 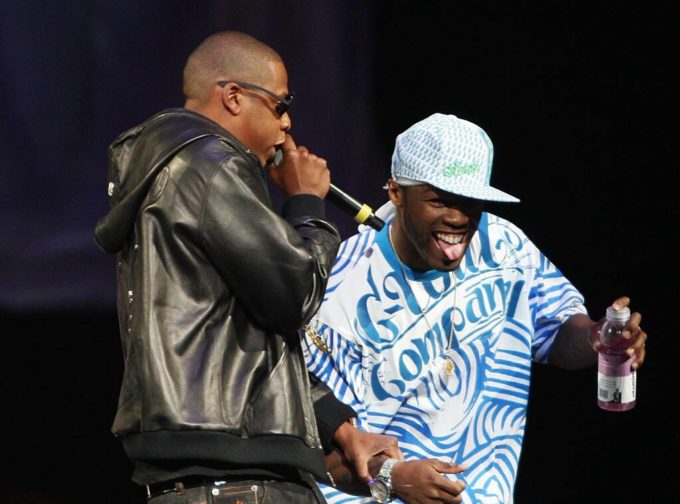 50 goes on to credit Kanye’s fearlessness as the reason why Hip-Hop’s newest billionaire accepted the challenge and maintains that there was never an actual beef between the two stars. He claims that Interscope Records was already starting to lose interest in him and weren’t as determined in beating Kanye/Def Jam in the battle. However, in 50’s opinion, in the end, both artists won as it was the first time since 1991 that two acts had sold more than 600k copies in the first week (Graduation moved 957k while Curtis did 691k).

“Today, selling 691,000 units your first week would be considered a massive success, but at the time the narrative was that Kanye had soundly defeated me. Of course he did beat me, but what the public couldn’t see was that I’d still earned a major victory,” 50 says, adding later that if it was left entirely on Interscope, he wouldn’t have moved more than 400k.

The successful TV executive then comments on how Jay-Z was happy to see his artist Kanye beat him because he had been uncomfortable with Curtis’ success early on. “Jimmy Iovine might not have cared about beating Kanye, but Jay-Z, who was the head of Def Jam at the time, damn sure cared about beating me. Jay had been extremely uncomfortable with my run in NYC for years. So he did everything under the sun to make sure he could beat me through Kanye,” 50 says.

“Jay took a lot of pride in Kanye’s victory. I think that’s one of the reasons he’s so disappointed in Kanye today.”

Hustle Harder, Hustle Smarter is now available in multiple formats worldwide where 50 also speaks on being disappointed in the “unfulfilled potential” of Lloyd Banks and Tony Yayo.