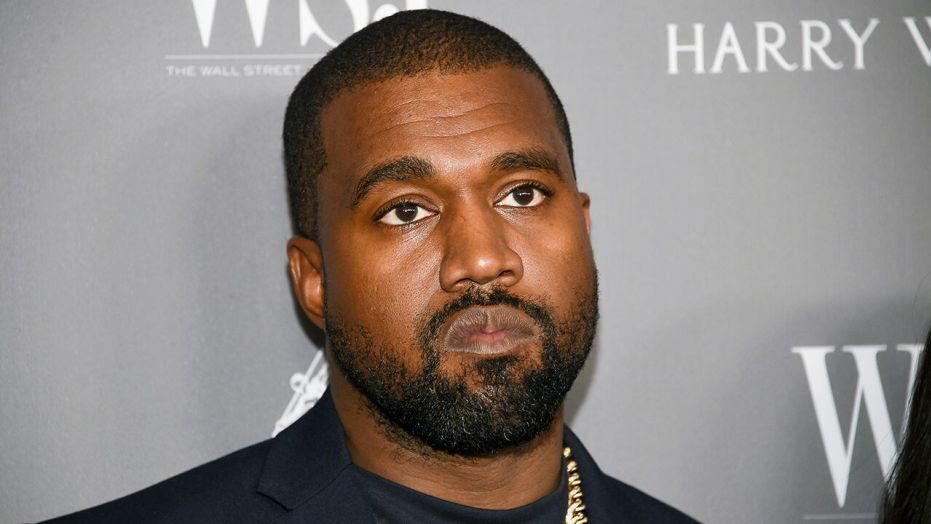 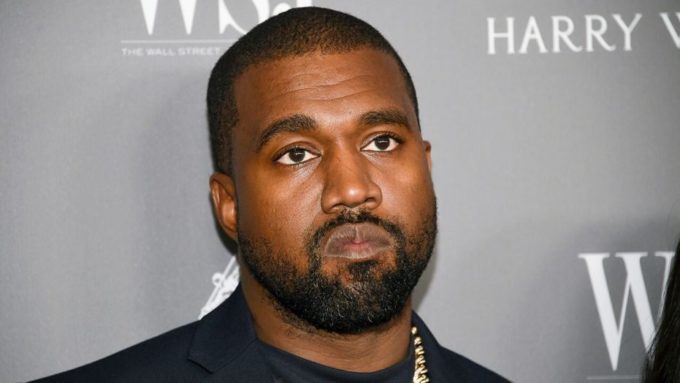 UPDATE (July 21): Kanye has unveiled another tracklist for the album which is slightly different from the original one. He has also announced that a movie called DONDA: With Child will accompany the music.

DONDA: WITH CHILD new album and movie this Friday pic.twitter.com/eHX1vGm5C2

Late last month, the news came that Kanye West had inked a ten-year deal with GAP and he called it the #WestDayEver, releasing a trailer for an animated show the same day. Many thought that would be the day the album would come.

Not long afterwards, he dropped the first single ‘Wash Us In The Blood‘ featuring Travis Scott. Then he announced his run for presidency and it felt like because everything was happening at once, an album must be near. It turns out we were correct.

Just minutes ago, Kanye took to Twitter to reveal that his new album DONDA will be out next week on July 24th, and with it, also revealed the track list. It looks like it will be 20 tracks. The album is named after his late mother, as was the song he released the other day. Check out the track list below. 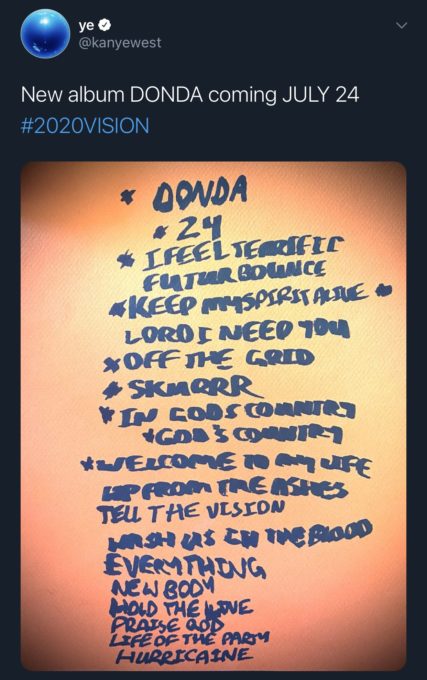