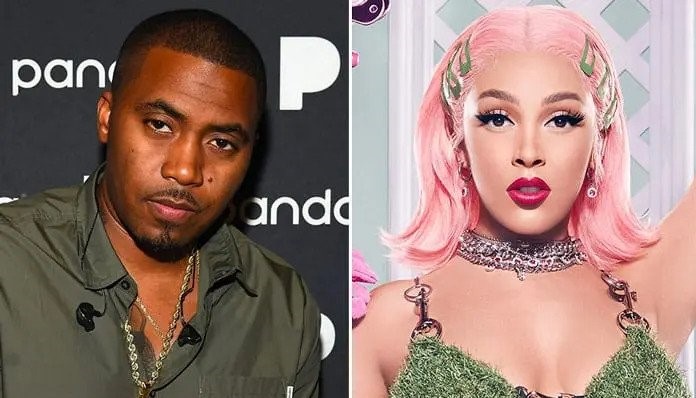 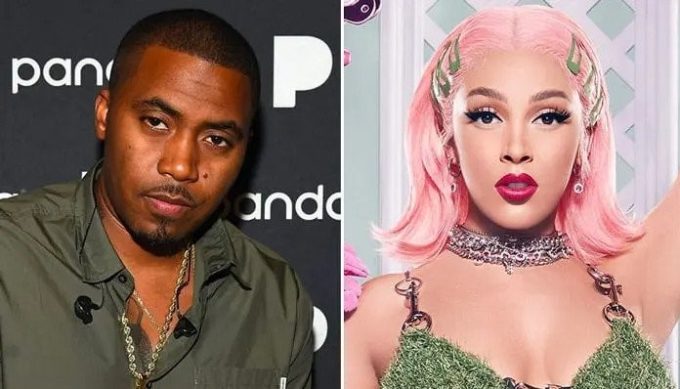 “We going Ultra Black / Unapologetically Black / The opposite of Doja Cat,” he rapped. Doja reacted to the bar by uploading a video of herself on TikTok where she’s listening to the New York legend’s song and then joking about it by saying, “Have you guys heard ‘Fruit Salad’ by The Wiggles?” She later deleted the clip.

But in an interview with Power 106 LA, Nas says the line wasn’t meant to be a diss and it was more of playing with words. “I was really just saying a line that rhymed with ‘Ultra Black,'” Nas said. “I didn’t even think of it, you know what I’m saying? It’s all love.” Watch the clip below.

On Friday, Doja announced that her upcoming single is called ‘NAS’ which most probably stands for “ni**as ain’t sh*t’, a tune she’s previously previewed on Instagram a few times.

Doja Cat says her next single is called 'NAS'

Looks like it's the song "Ni**as Ain't Sh*t" that she has previously previewed pic.twitter.com/PXULu2HcXe