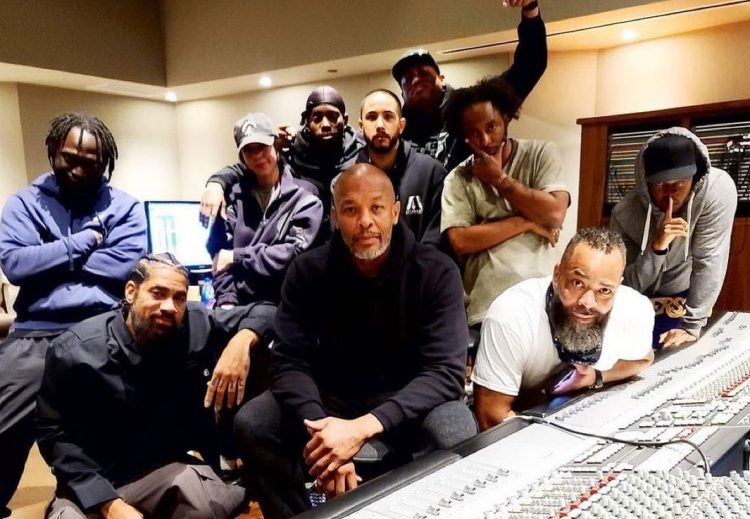 Well, this is one piece of news we were not expecting to report at start of 2021.

It was reported on Friday that Dr. Dre was released from the hospital after getting treated for brain aneurysm. Dre was in ICU at Cedars-Sinai Medical Center in L.A. until Wednesday, he was then moved to a private room at the hospital. He is now receiving home care 24/7 so the doctors can monitor his health since they still don’t know what triggered the condition.

Dre is already back in the studio too. On Saturday evening, some of his closest collaborators posted a photo of the good doctor in the lab with them, assumingly working on new music. But here’s something interesting. Dem Jointz, one of Dre’s longtime collaborators on many hits, captioned his studio post as “And We Back!! #Detox21” and of course it has us excited.

Wait, is Dr. Dre actively working on his mythical album Detox again? From the post, it certainly seems like and Dem Jointz is not the kind of person to write captions just to mess with people.

This is of course, not the first time that the talk about Detox has been revived in his circles in recent years. In July, 2018, Scott Storch said that the album is coming. Later in May, 2019, Flying Lotus said that the album is “real.” Before that in January 2018, we spoke to an insider in Dre’s camp who told us that he’s actively working on new music.

Will Dre finally let the long awaited album go in 2021 after nearly 20 years in the making?