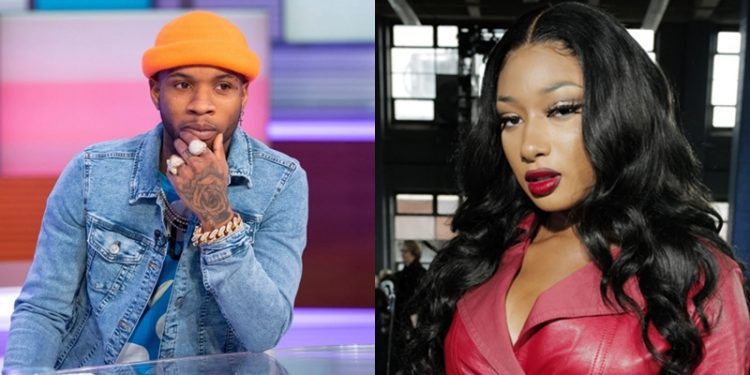 On Tuesday, Tory Lanez announced on his social media that he’s dropping a new single along with a music video featuring DaBaby.

Of course, it met with a lot of criticism online since Tory is currently accused of shooting Megan Thee Stallion in her feet. Fans are disappointed that while Tory is being “cancelled,” someone like DaBaby, who is good friends with Megan, would go on to collaborate with the Toronto rapper-singer.

@dababy X TORY LANEZ ……… SONG + VISUALS ON THE WAY,” Tory captioned his Instagram post with a snap shot from the video. But it looks like the song that Tory is promoting was recorded a while ago and is reportedly not cleared by DaBaby.

That shit was old and not cleared. CRYBABY VIDEO dropping soon https://t.co/e6xLPEoR6p

After Megan tweeted the subliminal “nice try” with a bunch of laughing emojis, fans brought up the Tory-DaBaby news and that’s when Megan revealed the status of the collab. “That shit was old and not cleared. CRYBABY VIDEO dropping soon,” she said, promoting the upcoming video for her song ‘Cry Baby’ with DaBaby, which appears on her Good News album. It will serve as the next single off the H town hottie’s debut album.