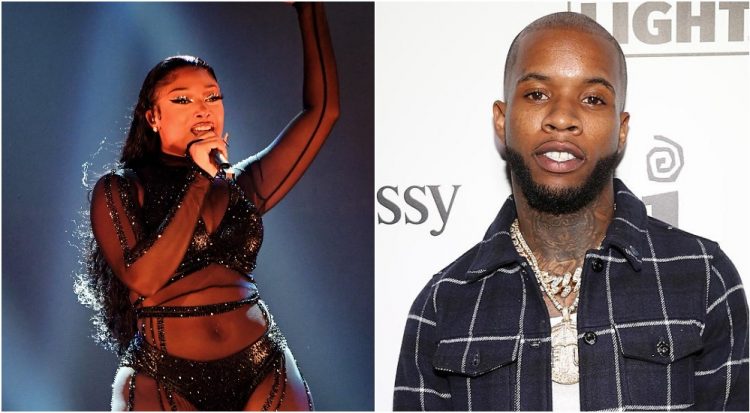 Megan Thee Stallion had a big day on on Tuesday as she received four Grammy nominations including for “best new artist” and “best rap song” (‘Savage’).

Shortly after the announcement, she did a radio interview with Ebro in The Morning on Hot 97 where she chatted with Ebro and Rosenberg about how she feels after receiving the noms, texting Beyonce after it happened, the various features on her debut album Good News, and of course the Tory Lanez diss ‘Shots Fired’ which is the opening track on it. Some of her select few fans also joined in for celebrating the nominations.

When asked why she decided to rap about the much talked about shooting incident, Megan commented, “Yeah because it comes a time where it becomes hard to become the bigger person sometimes, and at the end of the day, I just can’t let people keep walking all over me. I can’t let these people take all these jabs on me. And I’m not gonna say nothing!?”

“It’s just not in my nature. But you know when you’re right and you have nothing to prove and you don’t really have to give a response? But once you made it a rap beef and you put it on wax now I gotta say something,” she said.

Megan says she had the Tory Lanez diss ‘Shots Fired’ ready but waited to put it on her album. pic.twitter.com/5WJ1Vp1GXw

Megan says she had the song ready shortly after Tory addressed the situation with his album DAYSTAR but waited until her album release. “Really I had the song already but I was like ‘you know what, let me just save it for the album. ‘Coz it was ready to go the next day. But I was like let’s just stay calm, let’s just see how this plays out and wait to put it on my album,” the rapper added.

Megan’s debut studio album Good News is currently projected to move 92k copies in the first week and enter the chart at number 2.

Tory Lanez has pleaded not guilty in the assault case that left Megan wounded by a gun shot in her feet. You can watch the full interview below.