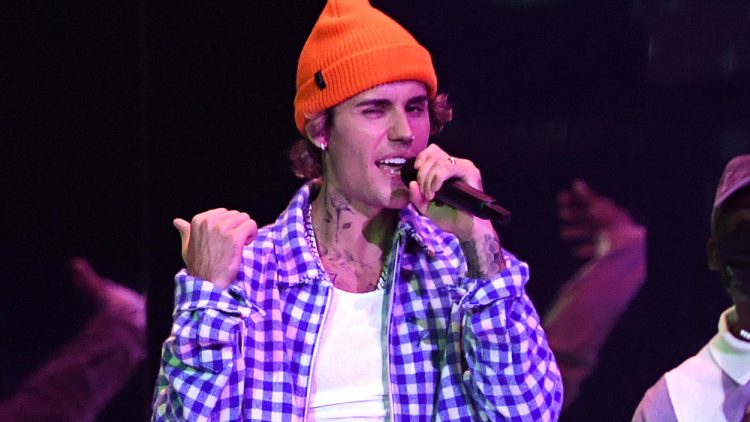 Justin Bieber is set to release his new album JUSTICE on March 19th.

The album will feature the previously released tracks ‘Anyone‘, his collaboration ‘Holy‘ with Chance the Rapper and the Benny Blanco-assisted track ‘Lonely‘. Last week, the Canadian superstar also dropped the latest single ‘Hold On‘ along with a music video.

Today, he has revealed the official tracklist through notes pinned on a board which tells us all the track titles along with the featured guests. Khalid assists the singer on track #3, ‘As I Am’, The Kid Laroi on track #6, ‘Unstable’, and Giveon & Daniel Caesar song number 14, ‘Peaches’.

There are also a couple of more names like Beam and Burna mentioned on #13 and #14 but it isn’t confirmed if they are guests on the tracks as the notes miss the “ft” like on others.

14. Loved by You featuring Burna Boy (not confirmed)