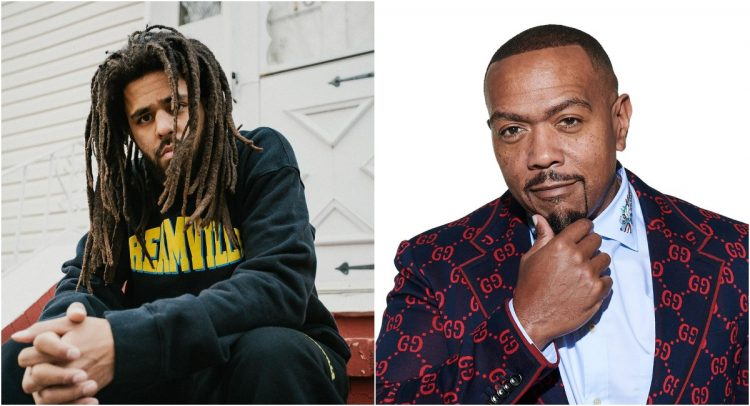 J. Cole released a music video for his song ‘a m a r i‘ yesterday, which is produced by Cole, Sucuki, T-Minus and Timbaland.

But there is an interesting story behind the making of it. In a new clip, the rapper reveals that he heard a portion of Timbaland’s beat on YouTube which was a rip of one of the instrumentals that Timbaland played live on Twitch recently. Cole ripped a loop from the YouTube clip but did not hit Timbo for the real files as he wanted to make sure he was going to record and use the song.

Cole reveals that when he was about 90% through with the song, he contacted Timbaland to ask for the actual files for the beat. However, the Dreamville boss was in for a surprise as Timbo informed him that he never saved the session for that particular beat.

Timbaland then cooked up a fresh beat with his co-producers which ended up being the final instrumental for ‘a m a r i’. Watch it below. Cole’s new album The Off-Season is expected to move around 300k copies in the first week for a number 1 debut.

Woww J. Cole heard a beat Timbaland did on Twitch, ripped a portion from YouTube and made a beat out of it for “a m a r i”

When he was almost done, he asked Timbo for the real files and Timbo said he never saved that one! 😂 (via @BeatClub) pic.twitter.com/lSGJWYFFFO