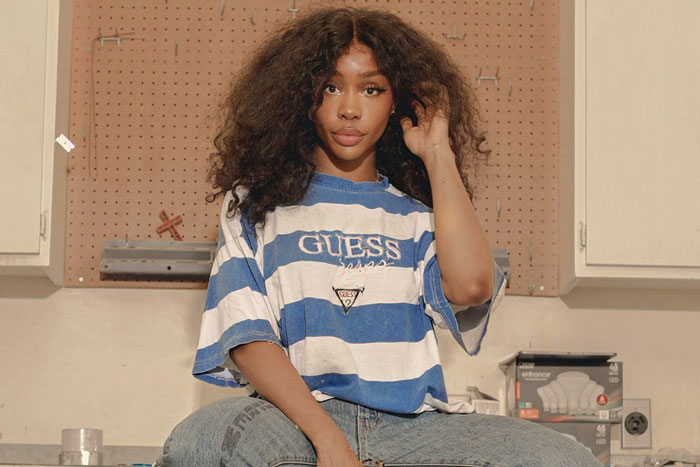 UPDATE: SZA has addressed the IG comment, saying that she forgets how many people can see it and defending Punch, saying she wasn’t talking about him. Check out the series of tweets below.

Punch is my manager (not a machine or a label) lol also been like my stage dad the last 10 yrs. be nice to him pls 🥺. he really fights for me. Not angry w him . Or anybody really . Jus my own choices .

Lmao now THAT . Needs to happen. also isn’t on him . https://t.co/NoEV8kOlyd

Lmao no y’all just always assume he’s the man behind the curtain I gotta start saying “but not punch n nem”😭 https://t.co/FfKL5vURBZ

Lmao this is so chaotic 😭 let’s all take a nap hm? https://t.co/dyMW1BaV4c

On Christmas Day last year, SZA treated fans to ‘Good Days‘ after it was teased in the outro of the ‘Hit Different‘ video a few months prior. You can watch the video for it here.

Though it dropped in December of last year, ‘Good Days’ remained in the Billboard Hot 100 for a whopping 20 weeks and peaked at #9, making it SZA’s biggest solo commercial success yet. This past week though, it finally left the charts.

A SZA fan account posted about this on Instagram and it caught the attention of the songstress herself. Her comment surprised a few. She said “I really hate my label . So much .” Technically, she doesn’t specify whether she means TDE or RCA, but if the past is any indication, it’s likely she means Top Dawg Entertainment.

SZA’s had somewhat of a turbulent relationship with them in the past, once tweeting that she quit and that fans could ask Punch for her album. This was interpreted as TDE holding the release up. Last year, SZA once again tweeted her frustration with her music not getting released, telling fans to ask Punch about her new music because she had done all she could do. She also called her relationship with the label hostile. You can check that series of tweets out here.

Below you can see the post she commented on along with a screenshot of her comment. Hopefully this gets resolved soon. We still have Ctrl on repeat and ‘The Weekend’ literally got some plays from me today.