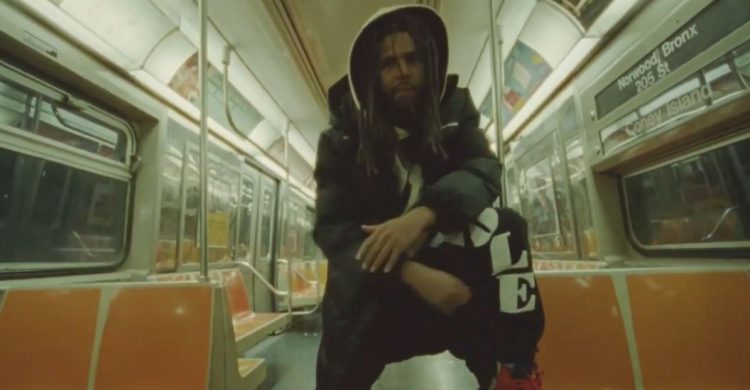 J. Cole might be hitting the peak of his career with The Off-Season and things feel as big for him as they did when he dropped 2014 Forest Hills Drive.

Yesterday, Cole joined rarified air and became one of only four artists (alongside Lil Wayne, Juice WRLD and Drake) who have had four songs debut in the top ten of the Billboard Hot 100. The entire album debuted somewhere inside the top 40. Today, he drops a video for the one that sits at #13, ‘a p p l y i n g . p r e s s u r e’.

You can check out the fun video shot in New York City below. In case you missed it, check out the video for ‘a m a r i’ here. This Thursday at 3PM EST, Cole and his Rwanda Patriots will play Ferroviário de Maputo for the chance to reach the semifinals, which take place on Saturday.