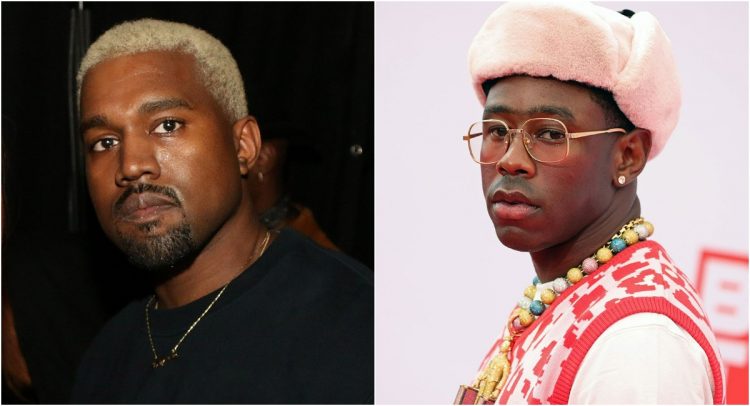 We have waited for a long time for Kanye West’s pending album DONDA and fans were starting to really lose hope.

But we might have some good news. Consequence has uploaded a short clip of Kanye in the studio with Tyler, The Creator working on new music. “ConsTV Exclusive. Ye x Tyler. Epic Level. Summer 21′” he captioned it. Of course, the sound is muted as usual to protect any leak but there’s something interesting seen in the background: a whiteboard with tentative tracklist for DONDA.

If you notice carefully, some of the titles remain the same from the last tracklist that he had revealed back in July, 2020. At that time, ‘Ye had announced that the album would be releasing on July 24th but we never heard anything about it after that until later in the month when he showed us the artwork.

Peep the titles seen on the whiteboard in the Instagram post above. In March, Kanye’s close collaborator CyHi had revealed that work on DONDA had resumed after being stalled due to Kanye’s divorce with Kim Kardashian.

Tyler has been the talk of the town after registering huge sales with his latest, number 1 album Call Me If You Get Lost which has assistance from DJ Drama.

We still have no clue when Kanye will decide to release DONDA to the world but this new development definitely gets our hopes up.