DaBaby Addresses Backlash at Summer Jam Stage: “Never, Ever Meant to Offend Anybody” 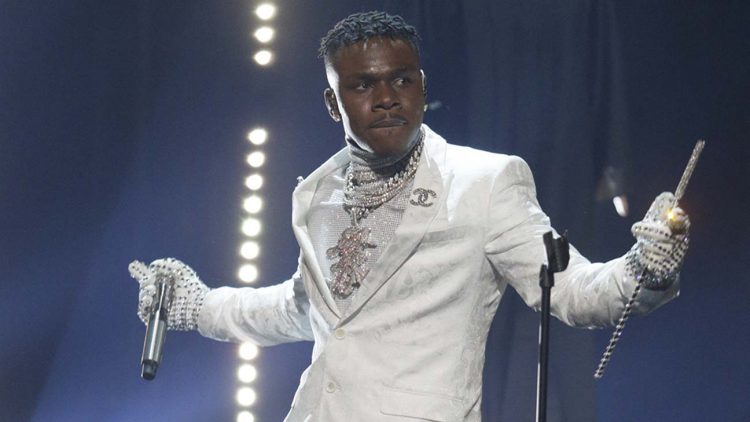 On Sunday, DaBaby hit the stage for the fist time since his controversial remarks at the Rolling Loud Miami festival a few weeks ago for which he later apologized (although the apology post was later taken down).

The rapper performed at Hot97’s Summer Jam 2021 festival at Met Life Stadium in New Jersey which was one of the very few events which did not drop him from the lineup. This marked his first live set since Rolling Loud where he asked fans to shine their cellphone flashlights if they “didn’t show up today with HIV/AIDS, any of them deadly sexually transmitted diseases that will make you die in two to three weeks.”

Before he went into ‘Rockstar’, he played a pre-taped video message on the big screen where he said that he never meant to offend anybody with his comments and thanked Hot 97 as they “allowed me to share my gift, share my blessing with y’all out here live on this stage amongst all the chaos and all the backlash. So hats off to y’all for that. … They accepted my sincerity and all my apologies when I said I never, ever meant to offend anybody or say anything to make anybody feel any type of way live on that stage a few weeks ago.”

DaBaby is performing. He opens his set with a video that was part apology and part thanking Hot 97 for letting him perform after his homophobic statements at Rolling Loud pic.twitter.com/dBsQsnbA4d

After the video ended, he went into the Megan Thee Stallion-featured ‘Cry Baby’ and said to the crowd: “Check this out.. Other than the people that, you know, was truly offended, I feel like the rest of y’all motherfuckers being cry babies.” Watch the footage above.

Last week, he joked about quitting rap to pursue R&B music since he was “cancelled’ by that culture.