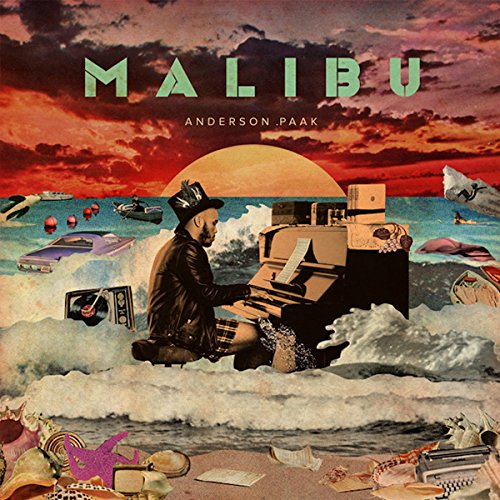 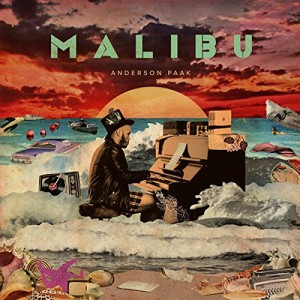 The journey of California musician Anderson .PAAK is one fueled by confident yet humble perseverance. Several years under his belt on the LA indie circuit was enough for Anderson (formerly known as Breezy Lovejoy) to earn his stripes on the West Coast, but it was accompanied by a background of family struggle and financial woes. In 2014, Anderson .PAAK received acclaim for his debut project Venice, which showed flashes of brilliance and caught the attention of the right people, opening up a path that led him into the studio with Dr. Dre during sessions for the globally publicized Compton album. PAAK rose to the occasion and had six placements on Compton, levitating him into the mainstream spotlight and compelling the masses to learn about the voice that added a welcomed element to fan-favorite tracks such as “All in a Day’s Work” and “Deep Water”. A talent who had been waiting patiently for his work to shine beyond the keen ears of the Pacific, Anderson .PAAK recently released a new body of work titled Malibu and the album has been met with a great deal of acclaim thanks to .PAAK’s ‘breakout’ status. After being under the radar for quite some time, Malibu is an accurate representation of .PAAK’s dynamic abilities as an artist and concrete proof that he is here to stay.

Setting the scene for Malibu at first follows a logical process, placing the listener in sunny California and being graced with a voice that encompasses the funk/soul that the area’s music scene is known for. However, Andersoon .PAAK proves to be an artist with an identity that runs deeper than his psychical roots, but also shows an innate ability to describe the sincerest of human emotions while providing social commentary based around his own personal experiences. His authenticity shines on intro track “The Bird”, greeting us with warm vocals that are conversational in nature, but also command attention thanks to the substance of his lyrics ‘Couldn’t fake it if I wanted to, I had to wake up just to make it through, I got my patience and I’m making do, I learned my lessons from the ancient roots’. And while Malibu as a whole is an album that will put a smile on the faces of R&B enthusiasts, the fluid delivery behind his rapping delivery is one of his biggest draws, flowing with charisma on records such as “The Waters” (ft. BJ The Chicago Kid) and “The Season I Carry Me” (prod. 9th Wonder), records that describes life for .PAAK before he was met with industry fame in 2015. PAAK’s wordplay is clever, playful, but also serious in the fact that it depicts a sense of belonging as a reaction to being slept on for a number of years.

Despite the versatility .PAAK shows with his emceeing, his singing is the specialty that bolsters Malibu with its depth and is most relevant for a subject matter that largely revolves around a relationship with a female, detailing a wide variety of sensual scenarios. From questioning sexual prowess of a woman who can’t dance on the up-tempo ScHoolboy Q-featured “Am I Wrong” to its follow-up “Without You” (featuring another quality guest verse from Rapsody), .PAAK’s voice is empowered with passion and the song structure of Malibu’s records benefit from it because .PAAK outlines his romantic priorities in an interesting fashion, showing a steady command in style and a heightened perspective that is superior to many of his contemporaries. The California singer is not scared to dip back into time and offer a distinctive twist on a blending of genres and while his experimentation may require an open mind, the radiance of .PAAK’s sound proves to be a breath of fresh air.

As a 16 track collection, Malibu is an expansive album with a neo-soul summer vibe which is certainly influenced by its Los Angeles surrounding. And boasting production from the likes of Madlib, 9th Wonder, Hi-Tek, Kaytranada, as well as Anderson PAAK’s own instrumentals, it is no surprise that the bass-lines and up-tempo grooves of Malibu are a proper accompaniment to PAAK’s harmonies and Baptist church influenced delivery. Cohesive and consistently engaging, Malibu is a firm testament to the praise that .PAAK has been met with and that he is more than ready to seize the opportunity he has been blessed with. An old soul with fresh flavor, Anderson .PAAK’s Malibu may not be a go-to album for rap fans who tend to stray away from other genres, but with this album .PAAK can reflect back on his hard times and take pride in the fact that he’s always been rich in musicality…it just took some patience for the world to catch up.

Repeatable: “The Waters”, “The Season I Carry Me”