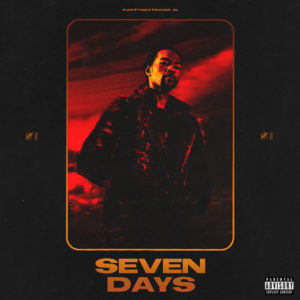 It’s hard to stand out in a world where so many artists sound the same. Turn on your radio, or find a popular streaming playlist, and you’ll hear plenty of artists that all sound similar. Why stand out when you can fit in and still make a boatload of money? For many this has become the norm as nothing usually stands out about their music. There are exceptions to the rule; Ty Dolla $ign’s crooning is always welcomed in my book since the voice the unique and does not necessarily need auto-tune. OVO’s PARTYNEXTDOOR is another exception. While his production and style are similar to several artists out now, his voice cuts through and sounds different than many of his counterparts.

The first artist signed to Drake’s OVO imprint, PND has become a go to songwriter for Champagne Papi and even penned Rihanna’s hit ‘Work’ along with some lines for ‘Shining’ from  DJ Khaled, Beyonce, and JAY-Z and Rihanna & Bryson Tiller’s ‘Wild Thoughts’ earlier this year. Unlike his writing friends PND was first an artist and then a ghostwriter. He has an ear for great melody and that’s evident with his latest release, Seven Days. Coming in at seven tracks, the production and vibe of this project are solid. It’s a record you can throw on while you’re getting ready for a night out, sans the offbeat intro of ‘Bad Intentions’. In what feels like an attempt to be “different”, PND sings offbeat making it a difficult listen. The drum beat sounds flipped backwards and like there isn’t enough space between the drums before the next beat hits. It becomes more awkward and chaotic for your mind when you listen instead of a pleasant experience.

Proving he can step outside of Drake’s feature shadow, PND grabs assists from Halsey and Rick Ross on two separate records — the former on ‘Damage’ and the MMG boss for ‘Better Man’. ‘Damage’ proves to be a solid song with Halsey’s soft vocals mixing with PND’s smooth voice to make a quality track that will be played often on their upcoming tour. ‘Better Man’ proves to be the standout, a slow ballad-like song that has PND and Ross attempting to make amends to become better men for their respective women. The stark contrast of this record compared to tracks that have flaws shows what PND is capable of when he’s giving his all on a record. Take this compared to the intro song or him trying to hit a high note and failing on ‘Love Me Again’ and it’s not hard to see why he hasn’t broken out to become the star he’s capable of being.

What Seven Days lacks in offbeat tracks and offkey singing, it makes up for with melody and mood. We’re seeing more artists get by based on the mood their music puts the listener in rather than their actual talent. PND does stand out among his peers in terms of hit making and style, playing to his strengths rather his weaknesses but he also has a long way to go until we consider him a certified album artist. Hopefully he will reach there.