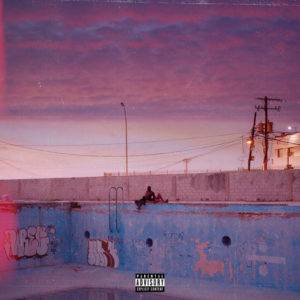 It’s been a little over two years since a mysterious seven-minute R&B ballad titled ‘With Me’ popped up on SoundCloud released under the moniker of DVSN. At the time, the mystique behind them hadn’t quite reached Weeknd level hysteria, but their music and careers have followed similar paths in the time since. Both caught the ear of fellow Toronto artist and superstar Drake to the point that he attempted to sign them to his OVO imprint. The Weeknd declined and went on to flourish and become a superstar in his own right while DVSN accepted Aubrey’s offer. DVSN’s debut album, Sept. 5th was released to critical acclaim, but with far less fanfare than it deserved. Singer Daniel Daley and producer Nineteen85 are the masterminds behind the duo and with their sophomore effort as DVSN simply called Morning After, they hope to pick up where they left off and continue to build momentum. The Weeknd comparisons are inevitable, but not necessarily fair as their similarities begin and end at being R&B acts and having an affiliation with Drake. It would be a disservice to DVSN to call them an heir apparent to Abel as their music can stand on its own after just one album. The lush soundscapes and airy vocals of Sept. 5th were a strong start and how they’ve progressed is the most intriguing part of their sophomore release. Not stagnating as an R&B group is difficult in today’s landscape, so whether or not the duo can continue to carve their own lane is the million dollar question.

The album starts with the cinematic string section of ‘Run Away’ which slowly builds to set the mood for what the listeners are about to experience. Just when you think the opener is going to be a slow burn ballad, the drums kick in with the force of Thor’s hammer and Daley’s voice follows with what sounds like the ghost of Michael Jackson possessing him. The opener is just over two minutes and sets a much more assured tone in that short span than their previous album. In fact, it sounds nothing like any of the music they’ve made before. The duo is no stranger to wandering down the two-part song rabbit hole, but on Morning After, they only have one such occurrence. The nearly six-minute ‘Nuh Time / Tek Time’ is a masterclass in how these songs should be executed. The first half speaks on a love interest that is disconcerted by the lack of attention her significant other is showing her. ‘Tek Time’ is his response to her that things are going great when they’re together which should be the only thing that matters. The melodies and the musical landscape here combine to create not only another cinematic moment during the album, but also a display of much more confidence and chemistry between the duos two halves.

DVSN excelled at creating fireworks in the bedroom on their debut album and the music here is no different. ‘Mood’ knows exactly what it’s doing and successfully sets its title in the process. Daley’s voice remains in constant falsetto for the songs three and half minute runtime and induces weak knees from females across the country in the process. Just when you think he might be stretching his voice too far he pushes it to the next level with an almost scream about two minutes in. As if trying to outdo themselves, the song that follows is the Maxwell sampling ‘P.O.V.’ which may just be one of the most genius vocal loops in a long time. The song oozes sensuality with every drum kick and harmony. The penultimate song ‘Body Smile’ manages to one up both of the aforementioned songs with its sheer elegance. The self-awareness of the record is not found in most of modern R&B’s lyrics. He speaks about a relationship that is at impasse with their words and can only communicate successfully with their bodies. ‘Smile’ paints the picture of a “right person, wrong time’ relationship with his admittance that she was “better than I was ready for”. His apology consists of making her body smile for every time he let her cry.

‘Body Smile’ brings up the continuous theme of communication or lack thereof and a couple of the most glaring major improvements with Morning After compared to their previous effort. The songwriting is miles ahead what it was even a year ago and the music has far more variation than their debut album. One complaint some people had in the past was that Daniel Daley, while his voice great, didn’t quite do anything to stand out from the pack. This kind of attributed to other critiques that their music never strayed too far from their comfort zone and began to sound redundant over time. Whether these criticisms were heard or not are a mystery, but they don’t hold much validity after their sophomore album. They go from bedroom burners like ‘Mood’ to upbeat drum centric records like the album’s title track. ‘Morning After’ the song is a fine example of pop sensibilities and of the duo’s future potential at billboard hits. One thing they also have figured out that their contemporaries can’t quite grasp is how to make R&B music that tips its cap to the 90s, but brings it to the current generation without sounding like a rehash. ‘Can’t Wait’ has a 90s two step that doesn’t let up and beautifully contrasts it with a breathy falsetto. The introductory piano and the almost familiar sounding melody of ‘Keep Calm’ also pay homage to early Usher and Ginuwine. Where a lot of the album has luxurious production to fill in the gaps, ‘Calm’ let’s Daley’s voice take center stage at its climax. It’s this variation not only within tracks, but throughout the albums progression that keep you guessing nearly every second of the albums runtime.

If DVSN’s debut album was a one-night stand filled with passionate love making and bad decisions, then Morning After is figuring out that you might have missed the chance at something perfect because of your immaturity. On the album’s sobering closer, Conversations in a Diner, Daley promises a girl that he’s wronged in the past that he “will never let you go”. He realizes the clock is ticking on the chance to have the girl of his dreams if he doesn’t lay his heart on the table; imagery which is accentuated by the subtle ticking in the beat, the miscellaneous kitchen sounds and the literal title of the song. A choir helps him plead his case to “Hold on me” at the track’s conclusion and right when you expect to hear the girl’s response, the album comes to an abrupt end. Love is a dangerous game. The moment you have it all figured out, it throws you a curveball and when it has you in shambles, it sends you a small sign of hope. If the ups and downs of love had a soundtrack, then DVSN may have just created it. Their debut was impressive for an introduction to the world, but Morning After is a confident, cohesive display of growth in both tone and execution. While The Weeknd spent much of his early career highlighting the darker side of love, DVSN is giving us a well-rounded perspective on it. 2017 has blessed fans with more than its fair share of R&B gems. We’ve seen Sampha, SZA, Daniel Caesar and countless others help bring a fresh angle to a stale genre. With Morning After, DVSN have put themselves in the discussion to be at the top of that list come year’s end. The sky is the limit for Daniel Daley’s voice even if people aren’t recognizing it yet and Nineteen85 will never receive the respect he deserves for the intricate soundscapes he’s responsible for, but together their chemistry will keep DVSN relevant way past the morning after.