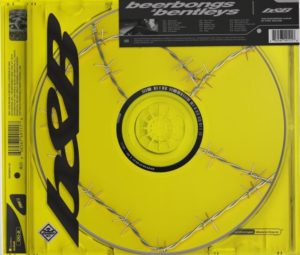 If you had asked a music fan in 2015 where they thought Post Malone would be in 2018, it’s hard to imagine a reality where he would be anything more than the guy who made that ‘White Iverson’ song. All of the foundation was in place to create your typical one hit wonder, but here we are three years later and Post Malone has 7 Platinum singles, one platinum album and another one  — Beerbongs & Bentleys that was certified platinum only four days after its release (it’s projected to sell 450k copies in the 1st week). While the path to stardom has been slightly unorthodox and he’s certainly had his fair share of bumps in the road, Post has an opportunity to truly solidify himself in the upper echelon of music stars with his sophomore effort Beerbongs & Bentleys.

Originally announced back in March of 2017, the album finally arrives over a year later with a multitude of hype and anticipation behind it. It’s not very often that an artist has the luxury of releasing their sophomore album while their debut is still producing hit singles nearly two years after release. Post has faced culture vulture claims and backlash over controversial comments, and while some of the criticisms are warranted, Malone has come out on the other side relatively unscathed due to his infectious melodies and seemingly likeable personality. With the two lead singles ‘Rockstar’ and ‘Psycho’ reaching top 5 on the Hot 100 (the former hitting #1 for several weeks), the album arrives at a point where it’s almost too big to fail. If his debut Stoney propelled him out of one hit wonder stigma, then Beerbongs & Bentleys has the potential to solidify him as a star for years to come.

If there was any doubt in listeners’ minds about whether or not Post could continue his unexpected chart run, the first two singles should have been more than enough to dispel them. He’s already dethroned Taylor Swift from the charts and it only takes three songs into ‘Bentleys’ to see that feats like these are no fluke. In fact the hits are almost so consistent that it starts to feel like Malone has unlocked the secret formula to earworms. The album opener ‘Paranoid’ shows a little bit more introspection from Post about fame and the negative side effects associated with it. This becomes a clear theme throughout the album’s runtime. Despite Post’s affinity for making music that sounds great at a party, most of the lyrics here are actually rooted in some sort of sadness associated with a girl or money. This doesn’t stop songs like the Swae Lee assisted ‘Spoil My Night’ and the appropriately titled ‘Rich and Sad’ from sounding any less fun coming out of your speakers.

Malone’s ear for melody is nearly unmatched by not just anyone in Hip-Hop music, but possibly pop as well. Some of his contemporaries are capable of crafting a catchy hook, but where Post excels is somehow managing to make verses and bridges that stick in your brain nearly as much as the choruses do. One of his biggest strengths comes in the fact that he blends genres and incorporates true guitar and drums to give some of the music a unique edge. Take ‘Over Now’ and ‘Blame It On Me’ for example; He layers his vocals to an almost unrecognizable level as he croons over abrasive live instruments. It makes the break up songs cut just an extra inch deeper than they normally would have. His musicality is also displayed on the album’s standout and inevitable hit ‘Stay’. It’s an acoustic ballad that will surely follow right where ‘I Fall Apart’ left off. It showcases how Post has actually improved his singing voice and worked on some of his shortcomings from the last album. ‘Better Now’ is a prime example of more of the strides he’s taken and showcases a new, more focused song structure. Look for it to be one of the sleeper hits from the album.

As much as Post has shown growth on this album, he still suffers from many of the same issues that his peers do. For all of the naysayers that are claiming that Beerbongs & Bentleys sounds like one long song, they aren’t entirely off base. While Post has crafted a winning formula here, there can be too much of a good thing. At times the album can feel like the label saw the instant success of ‘Rockstar’ last September and instructed Post to make them 17 more iterations of that song. To be fair there is some variety here, but it could have benefited from some trimming and more nuanced sequencing. His lyrics, while clearly not his focus, start to reveal themselves as a clear weakness as the album progresses. At 18 songs, the album’s runtime is par for the course in the streaming era, but listening to Bentleys can oftentimes feel like listening to an album where every song is an obvious single attempt. Some may view that as an indictment and others as a testament to his hit making ability, but either way it can become a chore.

Post Malone has had an interesting couple of years in the music industry. His sales numbers supporting the argument that he’s in the leagues of the Drakes, Kendricks and Coles is still barely fathomable to some, but strictly speaking numbers, it’s a fact. Post has a long way to go in the album creation and lyrics department, but he’s also come a long way since listeners were first introduced to him. It may be easy to forget that Post Malone is only 22 years old, but it may explain some of his questionable actions and shortcomings on this album. Post is young and at 22 he has reached levels of success that many can only dream of. The future of his career is bright, but his potential may be even brighter. Beerbongs & Bentleys proves that he doesn’t have it all figured out, but it doesn’t really matter because everyone’s going to listen while he does.