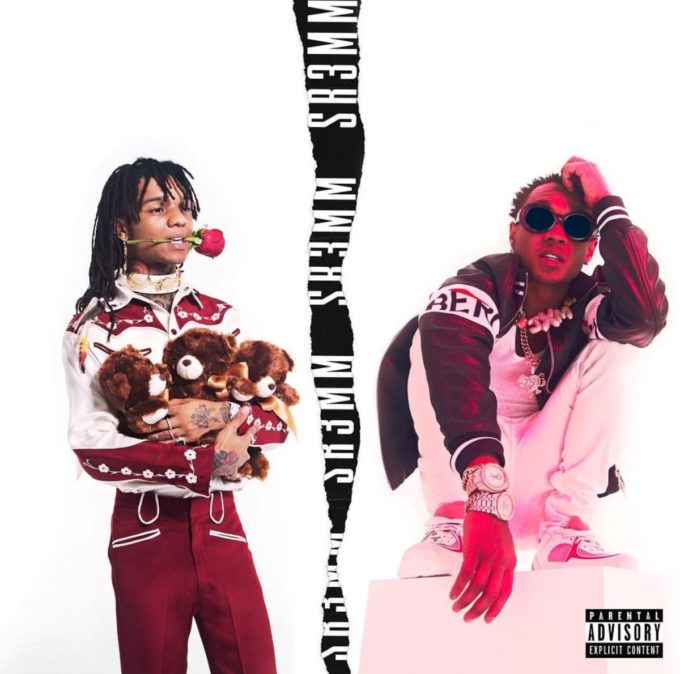 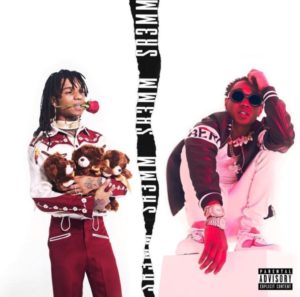 Being a hitmaker is hard. Every time you release a new single it’s expected to surpass or at least live up to the hit that preceded it. Rae Sremmurd has felt this pressure even more than most acts, which makes sense when five of the eleven songs on their debut LP were platinum certified hits. It’s easy to forget that their follow up suffered some of the symptoms of a sophomore slump during its rollout and release. The woes were masked in the aftermath of Sremmlife 2’s release when they were saved by ‘Black Beatles’ and the mannequin challenge. That song and the album as a whole were deserved of the success they ultimately garnered, but it should be noted that before that song took off, the album disappointed with just 30k in sales first week. This is a number that seems odd coming from a group with such a rabid fanbase and history of chart success. The group hoped to build off the momentum and continue to be one of the biggest hip hop groups in the world with the final installment in their Sremmlife series, appropriately titled, SR3MM. For the third chapter, the group decided that bigger was better and deliver fans with not one, not two, but THREE full length projects. The first side consists of a standard LP from the group, with the following two discs showcasing solo efforts from its two members, Swae Lee and Slim Jxmmi. The old saying quality over quantity has been thrown out the window for this release as the group has decided to give fans a taste of what many of them have been clamoring for. The release makes sense in the era of streaming, but it brings with it many questions. Will the group continue their streak of strong group efforts? How do each of them stack up without their respective brother? SR3MM is one of the year’s most interesting release strategies, but they may just be talented enough to pull it off.

The album begins with what fans are most familiar with: The brothers creating songs together on the SR3MM side. The good news is that they pick up right where they left off with the last two entries in the Sremmlife series and give us arguably their tightest, most cohesive effort to date. The album is once again chock-full of potential radio smashes. Together, both Swae and Jxmmi sound as comfortable as they ever have. They go from collaborating with The Weeknd on pop crossover ‘Bedtime Stories’ to interpolating Three Six Mafia’s ‘Side to Side’ on ‘Powerglide’, both to great result. Versatility and growth is one of the main standouts on the group side of the album. They can go from sounding like pop juggernauts to the young party starters that initially made fans love them without ever sounding forced in the process. It is worth noting that both Swae and Jxmmi have improved in their respective areas on this project. With Swae, he has always had airy vocals, but here they float to another dimension. Jxmmi has gotten a lot of flack in the past for being the weak link of the group, but as a rapper he has improved in almost every aspect and is just as important a piece as Swae in their successful formula. Any criticisms should be put to rest after this release as the energy and charisma he brings is almost irreplaceable. If you had to pick one song to showcase how Rae Sremmurd sounds at the peak of their game, it would be ‘Rock N Roll Hall of Fame’. It’s an obvious single choice and has everything you want from both of the group’s members.

The solo efforts have their highlights even if they lack the consistency of the group offering. With Swaecation being the more anticipated of the two, fans were eager to hear Swae Lee the solo artist. On a few songs, he proves that he could one day branch off and become a successful solo. The project picks a pocket and stays in it for the entirety of its nine tracks. The sprawling ‘Offshore’, which brings Young Thug on board for assistance, is the clear centerpiece of Swae’s side of the album. The hook is infectious and Swae shares the spotlight by letting Thug rip off what feels like 80 bars worth of melodic rapping. This will be one of the songs from Swaecation that soundtracks listeners’ summers. The album overall is very loose in its construction and song structure, and the moments where Lee feels more focused are the clear standouts. The prime examples of this are ‘Hurt To Look’ which is a a Friday night jam ready for the skating rink and ‘Guatemala’ which is essentially ‘Unforgettable’ Part 2 in the best possible way.

Slim Jxmmi’s effort Jxmtro is the most surprising of the three for how solid it is from beginning to end. He doesn’t reach heights nearly as high as his brother, but there are less moments that miss the mark. If there’s one takeaway from Jxmtro, it’s that Slim has started to take himself more seriously as a rapper. He sounds great rapping alongside Pharrell on the single ‘Chanel’ and shows versatility on standout ‘Changed Up’ with a more chill, melodic tone. It’s great to see an artist like Jxmmi throw criticism to the wind and stay unapologetically himself on this project. Early single ‘Brxnks Truck’ brings the energy up a notch and shows that Slim can turn any track to a banger when his vocals are added. This is where his biggest strength lies.

It’s fairly clear after making it through the three albums’ nearly two hour runtime that there is so much to love here, but also that there is just so much in general. While the collab project between the two reaffirms the group’s status as one of the best duos working in music today, it also reaffirms that they should stay that way. Both of the side solo projects have their moments of brilliance, but it’s hard to walk away from most of the songs on them without feeling like they would be better with a contribution from their respective brother. There are countless times on Swae Lee’s effort where ideas feel undercooked and half baked. His melodies are as crisp and catchy as ever, but half of the songs feel like demos or freestyles. Jxmmi suffers from a different set of issues as no song on his project is necessarily bad, but none really elevate high enough to consider them great.

SR3MM is a mixed bag, but it’s hard to say that it isn’t entertaining. It’s hard to justify any album being twenty seven songs, and ‘SR3MM’ is no exception. Taken as three separate projects, each of them are fairly breezy listens at nine songs a piece. Jxmmi’s fills the banger void, Swae’s the melodic summertime one and the group’s a nice balance of both. It would be easy to say that they should have just taken the best songs from each project and condensed it down to one great album, but that would take some of the fun out of this experiment. While it’s far from Speakerboxxx/The Love Below level, that also isn’t a fair comparison. What we’re ultimately left with instead is further proof that Jxmmi and Swae are two extremely talented artists with an incredible ear for hit records that are much better together than apart.