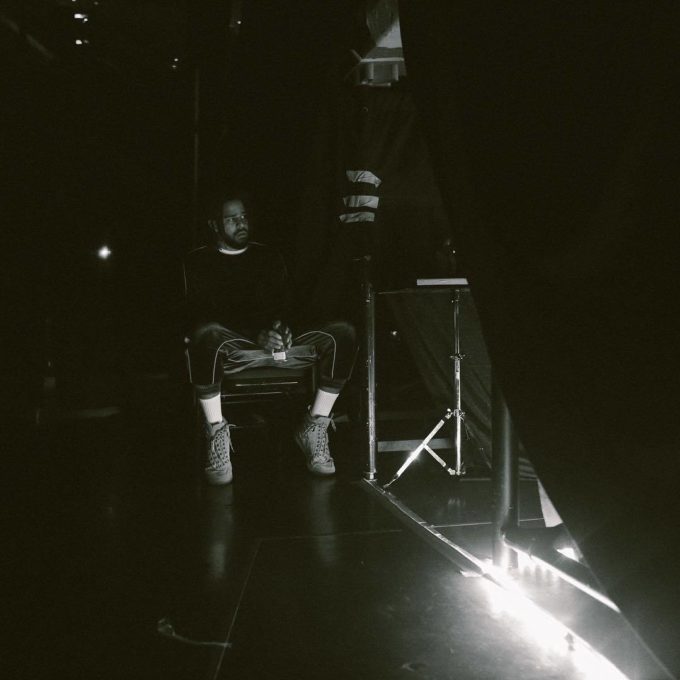 It was July 2010 in London, the first week to be exact, and the sun was actually out. It made for the perfect setting for that year’s Wireless Festival and more specifically, for SoulCulture TV to talk to J. Cole before he hit the stage later that day. Unbeknown to Cole, the performance would go over a storm and essentially mark the beginning of a strong relationship between the rapper and his UK fan-base. But that interview in particular was also a special one.

In it, he first pinpointed his way of glorifying hard times and spoke the phrase “make the struggle seem beautiful”, later to be immortalised on ‘Love Yourz’. Usually covert, it was also significant because in it, he unveiled the names of three songs which at the time, he thought would make the cut on his forthcoming debut album — ‘Won’t Be Long‘, ‘Stay‘ and ‘Never Told‘ and ‘Wet Dreamz‘.

The first ended up leaking about a month after the interview. The second fulfilled its destiny. And the third wouldn’t be out until over four years later. In the time in between, which felt like an eternity for those anticipating the crudely named song, it got added to a steadily growing list of unreleased J. Cole music.

This is a list that has only plagued J. Cole fans more and more with each passing year. It’s a literal list which I myself have kept somewhat up to date, every now and then staring at it with the hope that one day we might get that collaboration with Drake, or that ode to Nas, or the full version of the ‘Lil N*ggaz‘ snippet from the first Revenge Of The Dreamers tape.

Perhaps I’m hoping to speak things into existence or perhaps I just want to share my pain but today, on his 34th birthday, we delve into just a small portion of this list of unreleased J. Cole music.

Series in Hip-Hop music are not as rare as a quick thought might have you think. Kendrick Lamar’s ‘The Heart‘ and the late Speaker Knockerz’s ‘Rico Story‘ are just a couple of the great ones that come to mind. J. Cole specifically has a couple of complete trilogies. ‘Simba‘, ‘Grown Simba‘ and ‘Return Of Simba‘ took him about four years from start to finish and the ‘Dollar & A Dream’ series took him about the same amount of time. But the most recent ‘Dead Presidents’ freestyle in the series we have is still his second one from The Warm Up, even though we know that a third has been recorded for years now.

The second time they ever met six or seven years ago, Logic played J. Cole his own ‘Dead Presidents 3‘ from the Young Sinatra: Undeniable mixtape. Cole’s reaction to it was positive. So positive in fact, that he told him he had a ‘Dead Presidents III’ recorded and in the stash. Unlike the other two in his discography, Cole produced the beat for this one. But he wasn’t satisfied with it and felt that something was missing. What he was aiming for, he heard in Logic’s song.

At a private show in 2012, Ron Gilmore played the keys from ‘Dead Presidents’ and there was a moment where we felt like we might get the freestyle in some form, but it was to no avail.

The fact that Cole wasn’t happy with it years ago likely suggests that the third freestyle will remain vaulted for good. But if one day he’s feeling generous, we’re happy for Cole could complete a trilogy that started in 2007. Better late than never.

Fresh off of a commercially successful debut album, in 2012 J. Cole was going to release a 9-song ‘back to school’ style EP before he later scrapped the idea in favour of just putting out loosies along with the Truly Yours EPs. ‘Maine On Fire‘, ‘Kenny Lofton‘, ‘I’m A Fool‘, ‘Chris Tucker‘, ‘Louie‘ and ‘Can I Holla At Ya‘ are all songs that have been released and made the cut. But they were almost to live along with three others: ‘Broke N*gga With Money’, ‘Stars & Signs’ and ‘Now & Forever’.

Other than their titles, we know nothing about the first two. But there exists a snippet of the third, which was going to be the intro to this abandoned project. It was recorded in the Cole World: The Sideline Story era and Cole played the first verse and some of the hook on Ustream before his debut dropped. After a grandiose intro, he brags:

The verse brings a flare that Cole has only recently put a focus on bringing back to his music. It could have easily been the intro to his debut, or released the same week the way Kendrick dropped ‘The Heart Pt. 3’ a couple of days before good kid, m.A.A.d city came out.

The sad news, as you might have guessed, is that we’ll probably never officially hear this one either. As you might notice, the verse ends with four bars that Cole since used on ‘Grew Up Fast‘, alluding to the fact that it has more than likely been scrapped for good. 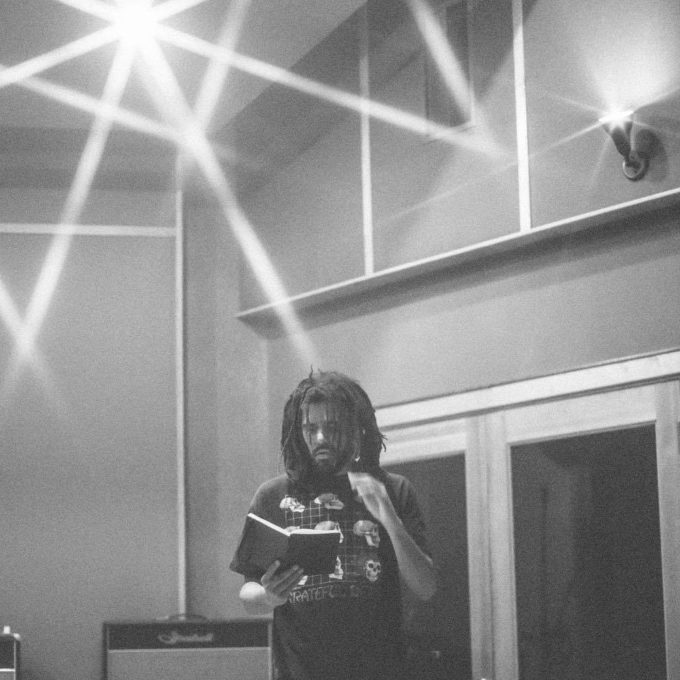 ‘Nothing Can Stop Me’ (Prod. Canei Finch)

Canei Finch is a name that should have been familiar to Hip-Hop heads since at least 2012 now. He is a rapper and producer with credits on songs such as T.I.’s ‘Live Your Life‘ and Kendrick Lamar’s ‘Westside, Right On Time‘, to name just a couple. Specific to Cole, he produced ‘Kenny Lofton’, ‘Grew Up Fast’ and co-produced ‘Chris Tucker’ and ‘Hell’s Kitchen‘ amongst others.

In December of 2012, Canei announced that he was going to release a mixtape of his own. He tweeted that Cole was on a song which sampled Billy Davis Jr. and Marilyn Mccoo’s ‘Nothing Can Stop Me‘ and that he killed it. But as if that were not enough of a teaser, a couple of years later, still with no song in sight, he uploaded the instrumental to his SoundCloud.

You can hear it for yourself below. It’s exactly the kind of soulful beat that we itch to hear Cole on as often as possible. If you listen hard enough, you can actually hear the disappointment it induces when you know that the final, recorded version exists, but is way out of your reach. When I interviewed Canei a few years back, he said it was up to Cole when it would be released. Sigh.

It is well documented that No I.D. was the first producer that J. Cole locked in with after signing to Roc Nation. But even though they have years worth of songs made together from as early as 2009, we’ve only heard a small handful, two of the most prominent ones being ‘Never Told’.

Both of these are what a lot of people would call conscious songs. Introspective songs over mellow instrumentals. Just a few years into his career, before Friday Night Lights and even before his debut album, these are mostly what made up Cole’s discography. It was only until he was a few years into his career that we started hearing some good old-fashioned bangers from the Dreamville front-man.

But way back, he and No I.D. actually made one of these.

It was something we all wanted to hear from Cole, even back then, but he felt that it wasn’t so urgent that he needed to sacrifice his creativity in favour of something which would be more cherished.

“(No I.D.) said something so nonchalantly and casual - he was like ‘I make those in my sleep.’ But a song like ‘Never Told’ is something that would only come around like once in a blue.”

A decade into his career as a signed rapper and we’ve received a much wider array of music than we had in 2011. To hear a braggadocios song from back then would be intriguing and would fit the energy of what Cole suggests his and the team’s 2019 is going to be like. Maybe if we all come together and think about it at the same time? 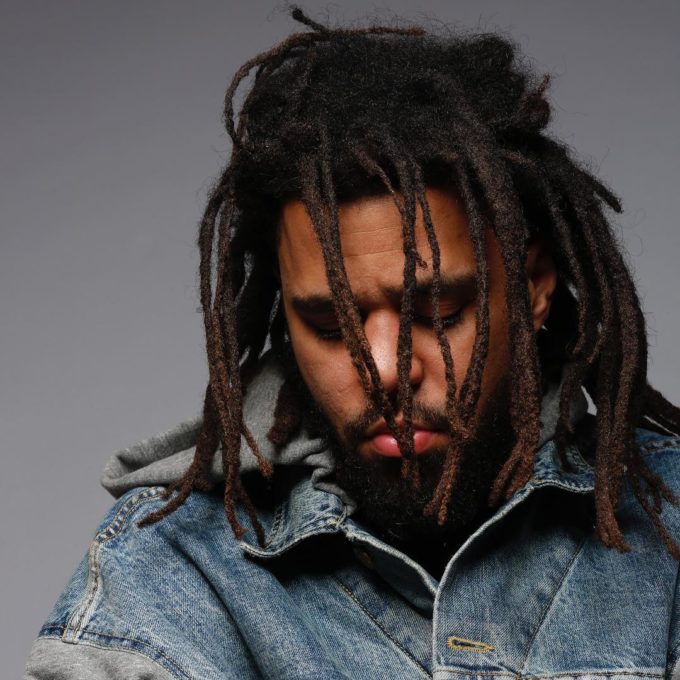 When we think of unreleased J. Cole and Kendrick Lamar music, ‘Temptation‘ is the true blue balls anthem. It’s the holy grail of ‘when will we get to hear ___?’ pleas. The full song is of course out in low quality and I can assure you that it gets plays every single day from at least one dreaming fan. But also lurking in the shadows is a song called ‘Shock The World’ which is by J. Cole and Kendrick Lamar, also featuring BJ The Chicago Kid. That’s one heck of a trio.

Much like ‘Temptation’, you can basically hear the entirety of ‘Shock The World’ on YouTube right now. This song truly embodies the hunger that both MCs exuded from the beginning of the decade. Before Kendrick and BJ’s chorus, Cole raps:

“My money running late though, so boy, I won’t front
When my paper finally make it you should know I’m gon’ stunt so hard”

At the time it was probably closer to home than either would have cared to admit but now, tens of millions of dollars later, it is a testament to how far the pair has come. As their career paths continue, it seems less and less likely by the year that we’ll ever hear a full length project from the duo. If they really wanted to shock the world, what they could do to fulfil the promise of yesteryear is put out the sessions they have over the years raw - unmastered and unmixed - as a celebration if nothing else.

I typed this with my fingers crossed.

‘Thotty’ (With Chance The Rapper)

In March of 2014, Chance The Rapper stopped by at Shade 45 literally just to use the bathroom. To show his gratitude for their hospitality, he hopped on the air with DJ Tony Touch on his Toca Tuesdays show and previewed some never-before-heard music.

He described it as “something really important” and purposely didn’t say much else, but he didn’t need to. First came the chorus, then Chance’s verse, then when the chorus came back around, we heard a familiar voice doing ad-libs. But that’s when the track was cut off.

For months, this was the only evidence of the song but later in the same year, J. Cole performed at UIC’s Spark In The Park show in Chicago and brought Chance out to an incredible reception. After a few Chance songs were performed, Cole looked at him and said “so, you wanna do this shit. I wanna do it too. Okay. We got some shit together, let’s try it out.”

Then the same song from earlier in the year, which has been temporarily named ‘Thotty’, started playing.

Chance ends his verse with the following lines:

“Your bitches at the bar, my bitches passed the bar
And this dick is a gift for that law degree”

These lyrics made no headlines in 2014 when the song was performed but if this record were put out today, though witty, still might be a problem. And that’s part of the reason we’ve never heard it.

A couple of years ago in an interview, Chance said that despite how important the song was to him at the time, he didn’t have the same connection with it anymore, not liking how the lyrics represent women. Since then, the collaboration we’ve gotten from the pair is ‘Warm Enough’ from Surf, certainly a more mature offering representative of those sentiments. If this makes its way to us someday we’ll be grateful, but we can appreciate an artistic decision like this. 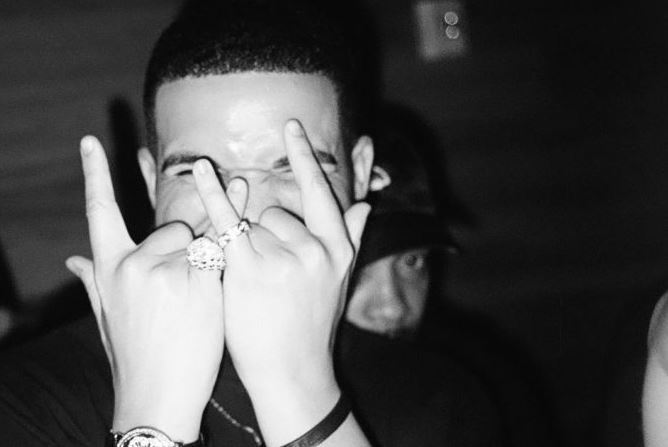 Less Is More: A Look At Drake’s Album Lengths