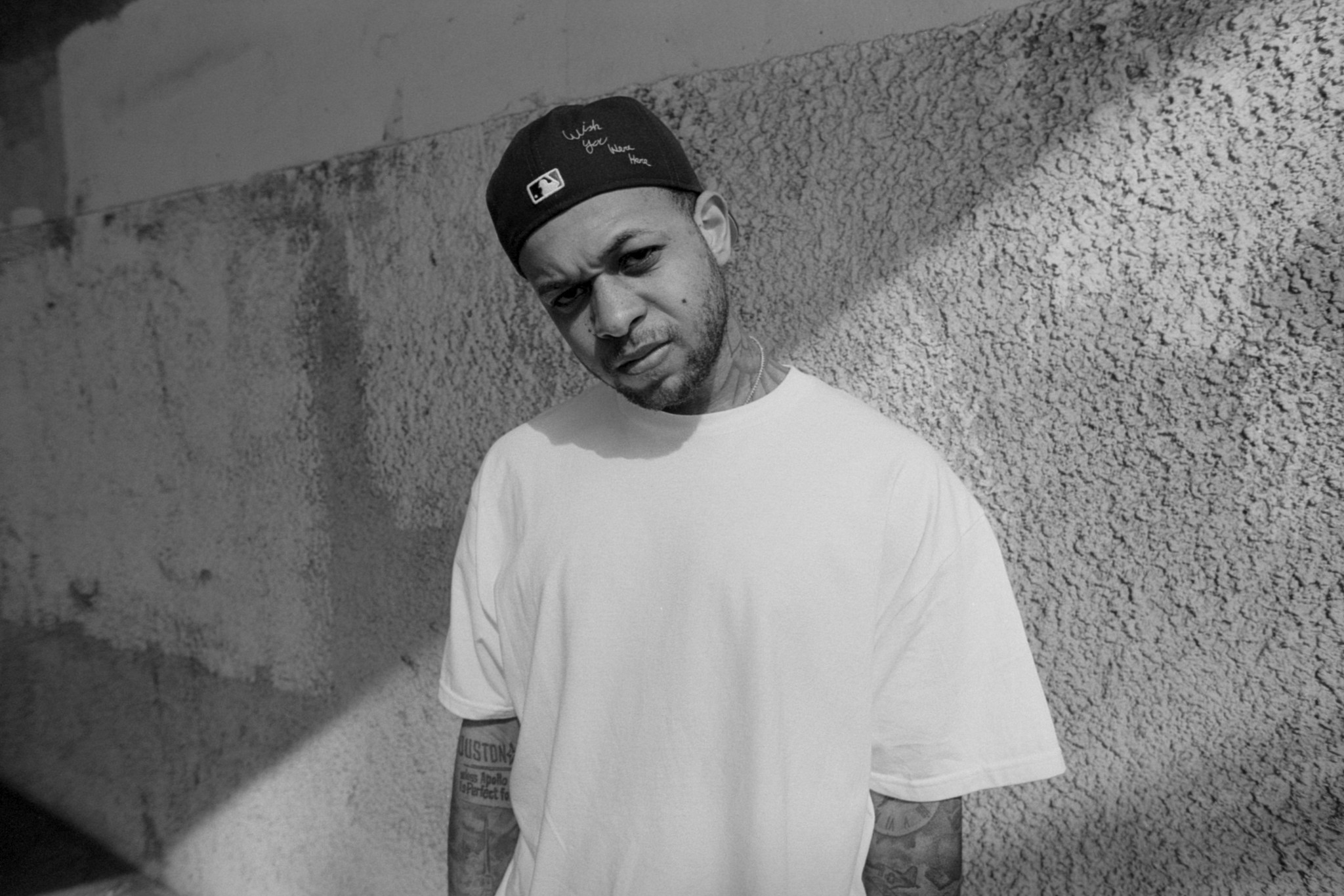 When you’re one of the biggest artists in the world who is also an in-demand touring act, you need a DJ who matches your energy and takes your shows a notch higher. That’s the role CHASE B plays as the official DJ for Travis Scott.

Apart from spinning at premium venues from the Vegas strip to South Beach, the Texas native is also an acclaimed tastemaker, helping Travis with his sonics and also the sounds of rest of the Cactus Jack roster. CHASE earned a nomination at the 2019 BET Hip Hop Awards for Best DJ and then finished the year strong with a #1 album on the Billboard Top 200 as part of the Travis’ Cactus Jack label compilation album, JACKBOYS.

But aside from renewing the popular .WAV radio show that he hosts with Travis Scott on Apple Music, CHASE B is also working on his own debut album which is due out later this year via Columbia Records. That’s not all, he’s also crafting a joint album with Cactus Jack star Don Toliver called ESCAPISM and recently put out the first taste, ‘Cafeteria‘ which also features Gunna.

We hopped on a call with CHASE B on Tuesday to talk about the solid single, his debut album and how that’s separate from the joint effort with Don, false reports of his joint album with Travis Scott, the rumored title Utopia of the next Travis album, how he spent time during quarantine, and more. Read below. The interview has been sightly edited for clarity.

HHNM: Thanks for taking out the time to chat with me. How’s life been for you lately?

CHASE B: Oh man, it’s cool honestly. Obviously not deejaying too much and not traveling too much but it’s been a nice little time off. I’ve been in Houston with some of the homies and we’ve been just taking it easy, working on some beats and some sh*t with Don [Toliver]. Just trying to make the best of it, for real. Can’t complain.

I really like the new single with Don Toliver and Gunna. It’s catchy and I notice it has some drill elements. How did the song come together?

Oh yeah, you know when we made that beat, it didn’t give me a Drill type of feel. The bass lines are different, you know typically in a drill beat, like what AXL and them do it, the 808s hit very differently. I didn’t even think about that until the song actually came out and people were like, ‘is that Trap’? ‘Is that drill?’ I don’t even think it has a genre but I think it’s amazing that it does fit into that mould and has a different energy to it.

Oh for sure. There is some confusion regarding your upcoming projects. I know that you have a joint album with Don Toliver, Escapism on the way. Is that different from your own upcoming album via Columbia?

Oh yeah, so it’s totally different. What happened was, I had this song that I wanted to put out in early April and then Don is like ‘yo we got all these songs together, we gotta just put them out for the streets.’ So a couple of songs that I was about to put on my debut, Don was on there so we decided to make it a whole project, different from my debut album. So yeah, two separate projects.

Oh gotcha. And also, on the latest episode of .WAV radio, some fans thought that you and Travis Scott also announced a joint album but I have a feeling it was misinterpreted. Correct?

Oh yeah, there was a lot of confusion regarding that. Nah, we just have a lot of music we’re working on together. As far as a project, we don’t have any type of plans regarding that in the near future. Travis is working on his album, I’m working on mine.

Yes, I thought so too. Many outlets reported that but I when I listened back to the episode, I had a feeling some people got it wrong. So who all will be featured on your album?

Ah, I want to tell you but I don’t want to give too much away.

I totally understand but you don’t have to take all names, just give us a couple (laughs).

(Laughs) yeah. Obviously, [Young] Thug is on the album, Travis is on the album. What I will say is, I think I’m in a very important position to bridge certain gaps in Hip-Hop. I feel like I’m at an age where I understand and respect what happened before me and at the same time, I came up playing very new generation music. So I wanted to make it a point to focus on that musically and balance it out with the features. I wanted to challenge myself to bridge those gaps.

Looking forward to it. Will you be having a DJ Drama/DJ Khaled type of role in it?

Oh yeah, pretty much. But I physically made every beat on my album and I’m executive producing it as well. Producer albums are a real thing and not too easy to pull off. Hats off to Metro [Boomin] to Khaled to Drama to Mustard. Even to the Kaytranadas and Masegos, it’s really difficult to put together these producer albums – from the clearances to the timing of everybody – it’s not as simple as going to everybody and putting the verses together. It’s a tough process, I’ve had my ups and downs through this whole process but I’m glad it’s almost done.

Oh yeah, it’s not easy. I feel like in the old times, the DJ Clue era for example, it was a bit simpler. Now you have to really market it differently and aggressively.

Oh yes, exactly. It’s not like the times of Datpiff where you just put together a project and throw it out there. Any producer that ever touched any part of the beat, everything has to be cleared. It’s very intricate but it’s a lot of fun.

Yesterday, Travis said something like “let’s keep the ride going, see you in Utopia” while thanking fans on the 2nd anniversary of Astroworld. Some of us think that’s the title of his next album. Can you tell us anything about that? Is it true?

Oh nah. I think that’s just him being Trav. Just feeling good, in the moment. 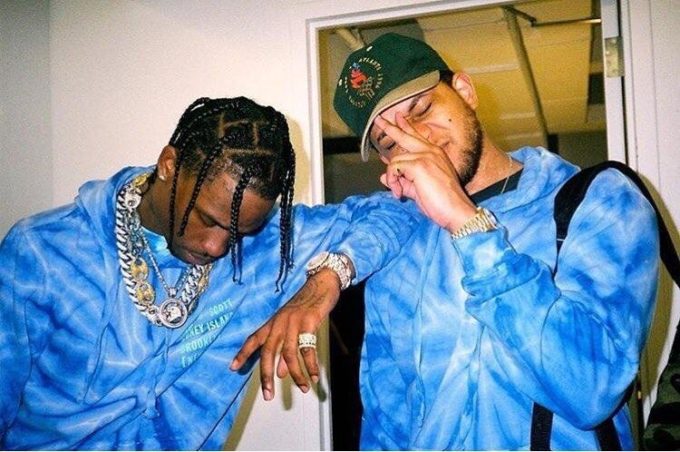 With no shows happening at the moment, and you being the official DJ for one of the biggest artists, you must really be missing being on stage..

You know first of all, I’m really glad I do save money (laughs). And second, I’m really glad I started this whole production thing because I don’t know where I would be if it wasn’t for that. Other than that, I’m not the biggest person on extra stuff. I do regular stuff like chill with the homies, work out every morning, just trying to stay consistent with my routine. It’s not that much different for me.

What is your dream collaboration? Somebody you’d want to work with by any means?

You know, I was talking about this with someone earlier. With my music, I want to incorporate not just older Hip-Hop music but also some of my favorite bands like Earth, Wind & Fire, Heatwave, all that type of stuff. Just incorporating that kind of sound would be amazing, just bridging the new generation with the actual foundation for all of this. Even musicians like Nile Rodgers of the world, I want to take my production as far as possible, like orchestra type of sh*t.