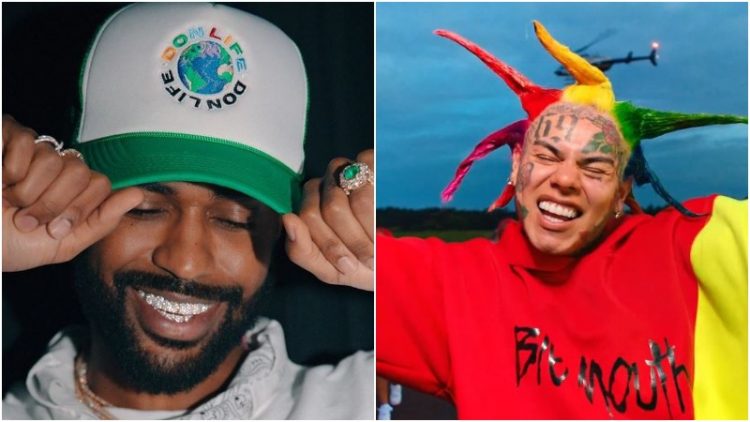 UPDATE 2 (Sept. 8): 6ix9ine’s sales have dropped once again and he is now projected to sell 35k-45k copies first week with 14k-17k coming from pure sales. This would put him at #7 on the charts.

UPDATE (Sept. 7): There has been a major update in the first week sales projections. HDD now reports that 6ix9ine’s TattleTales is projected to move only 40-50k in the first week. They previously had him at 150k which surprised many.

Sean’s Detroit 2 is looking at 100-110k as per the updated numbers which should be good enough for a #1 spot on the Billboard 200 this week.

Big Sean is making a big impact with his star-studded new album Detroit 2.

On the production side, Hit-Boy, KeY Wane, Mike WiLL Made It, DJ Dahi, Cool N Dre, Boi-1da, DJ Khalil and more assist — check out the full list of credits here. Today, we have the projections for the first week sales. HDD reports that Detroit 2 is expected to move 125k copies in the first week. It’s currently looking at the #2 spot of the Billboard 200 for next week.

Who’s projected at number 1? As of right now, Tekashi 6ix9ine’s sophomore album TattleTales is expected to move 150k units which gives him the lead. The album features appearances from Nicki MInaj (on ‘Trollz‘) and Akon (on ‘Locked Up Pt. 2‘) among others. The publication does note that the numbers could change more than usual this time around so we’d have to keep a close watch on the tallies.

In comparison, Sean’s last album I Decided moved 151k units in the first week, debuting at the top spot of the Billboard album chart.