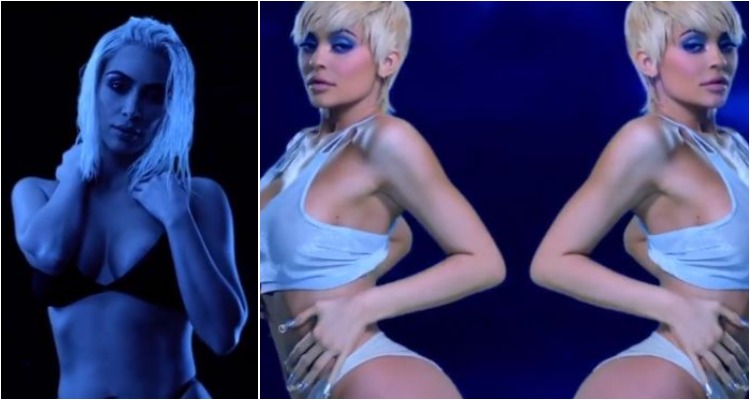 Remember Tyga and Kanye West’s collaboration ‘Feel Me‘ from 2017?

The song was below par and didn’t do well commercially on the charts either. During that time, it was reported that the two also shot a music video for the track but we didn’t hear about it after that. However, the director of the video has decided to pull the clip from the vaults out of nowhere today.

The video was shot at a time when Tyga was still dating Kylie Jenner. She stars in the music video alongside Kim Kardashian as both are bikini-clad and following monster trucks around a race track. It’s an odd clip for sure and even has one shot where Kim Kardashian is symbolically giving birth to Kylie Jenner (see below). 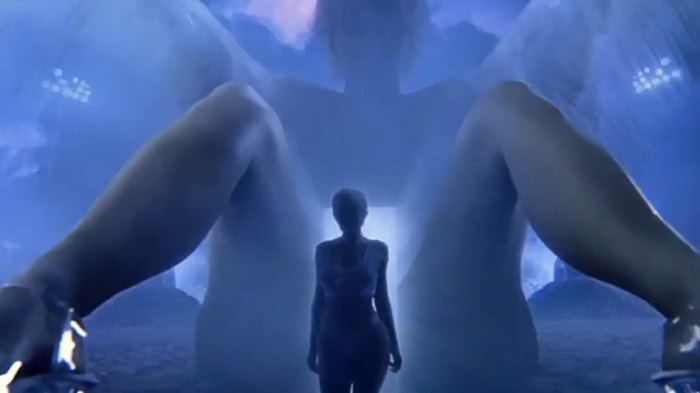 “I directed this three years ago. No ones ever seen it before. #feelme,” video director Eli Russell Linnetz wrote on his Instagram as he posted the video. The real reason why this music video was never released is unclear. Watch it below.