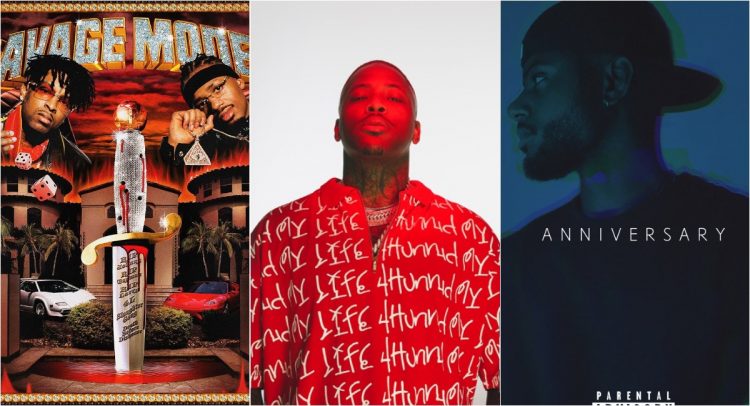 This past week, we saw some major label releases from 21 Savage & Metro Boomin, Bryson Tiller and YG. A lot of fans were wondering who will win the sales battle out of the three. Today, we have an idea of the first week sales projections.

21 Savage & Metro Boomin’s new album Savage Mode II has been in the making for a long time so it was definitely one of the most anticipated projects of the year. With a star feature from Drake and narration from Morgan Freeman, the album is expected to move a whopping 170-190k copies in the first week with 14-17k coming from pure sales. This should easily give it a #1 spot on the Billboard 200 next week, ahead of K-Pop girl group BLACKPINK (110k-125k).

Bryson Tiller has also been working on his third album for many months. After putting out a deluxe edition of a debut LP TRAPSOUL, the singer-rapper made the surprise announcement that he will be releasing his third album Anniversary in first week of October. Drizzy features on the album as the sole guest appearance. According to HDD, the Louisville, Kentucky artist’s third outing in on pace to move 75-85k units in the first seven days (6-9k pure sales).

YG’s latest My 4Hunnid Life is one of his best albums according to us. Although HDD is not mentioning the projections, we estimate about 25-30k for it in the first week.