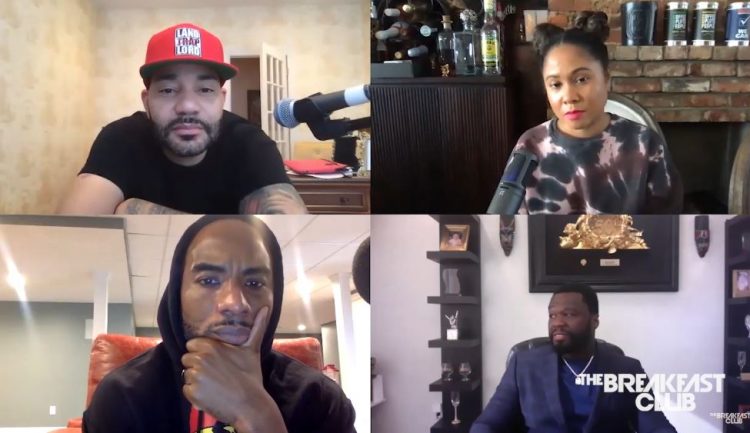 50 Cent landed one more time on The Breakfast Club for a virtual interview.

In this segment, he spoke about Jeremih’s health (gives update that he’s doing better in the ICU), when he can expect the BMF show on Starz, King Von’s shooting and why our culture becomes dangerous sometimes, T.I.’s controversial comments on it, whether he will ever squash beef with Ja Rule/Murder Inc., being offered money by Donald Trump to appear at his inauguration and more.

“They offered me $1 million to go to Trump’s inauguration,” 50 said to Charlamagne, Angela Yee and DJ Envy. “I passed on that. [They initially offered] $500,000 and it went up to $1 million while I was still confused with whether I should do it.”

50 says Trump needed him to pull some of the black vote. “He was needing it for the same reasons you see now, he participated with different artists for the Black vote,” says Fif. “And I’m going, nah, I ain’t gone put myself in that position. ‘Cause I don’t know what I’d have to do to recover from that.”

50 also talked about VERZUZ and whether he would do one with The Game or T.I., the upcoming season of his show For Life, the upcoming show around his and Game’s beef, and more. Watch it below.