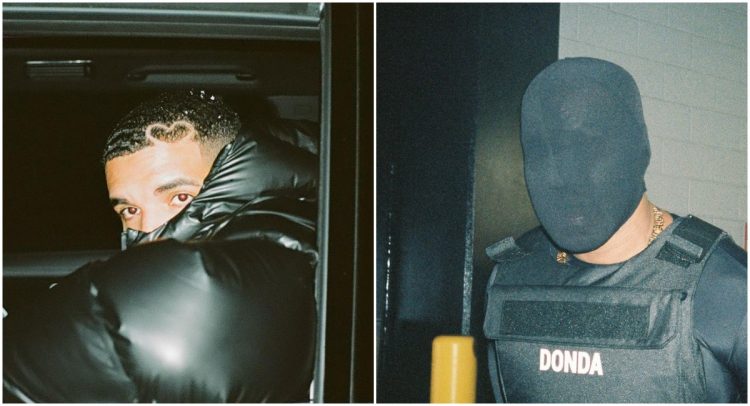 The saga between Drake and Kanye West has already going for quite some time but it took an interesting turn on Friday night when the latest episode of Sound 42 radio aired on SiriusXM.

Drake announced on his Instagram stories that he will be taking over the episode with his own mix but what we were in for, no one expected. Apart from spinning songs from Tamia, Tone Stith, Travis Scott, Playboi Carti, 21 Savage, Greenday and some cuts from his latest albumCertified Lover Boy (see all production credits here), he surprised everyone by pressing play on a new Kanye West song called ‘Life of The Party’ featuring Andre 3000.

It’s the same track that Kanye gave a taste of during his brief stint in Berlin earlier this week. “That Sicko Mode was his biggest song but gone cause Donda was the best ghostwriter I ever had,” Kanye can be heard rapping during his verse, maybe aiming at CyHi The Prynce. “I put Virgil and Drake on the same text, and it wasn’t about the matching arcteryx or Kid Cudi dress, just told these grown men stop it with the funny shit, I might hire the whole team from ACG,” ‘Ye raps on other lines of the track which is one of his best rap performances in recent times according to us.

There’s another line where Kanye spits: “We was the new Abu Dhabi, told Drake don’t play with me on GD and he sent that message to everybody, so if I hit you with a “wyd,” you better hit me with a yes sir I’m writing everything you need, I told you I was gonna take the summer back, so any of the cap won’t take none of that”

YOOOOOOO KANYE VERSE ON @Sound42 talking about the group chat with drake and Virgil.!! pic.twitter.com/AnyT8p4mrn

Right after debuting the song, he played his own track ‘7AM on Bridle Path’ where he addressed Kanye.

Drake via his IG story. 🤣 pic.twitter.com/tFXUK3lhql

‘Life of The Party’ was expected to appear on Kanye’s latest album DONDA but didn’t make the cut for unknown reasons. The background on how Drake managed to get a hold of this track remains unclear at this point but the next few hours and days will be interesting to say the least.