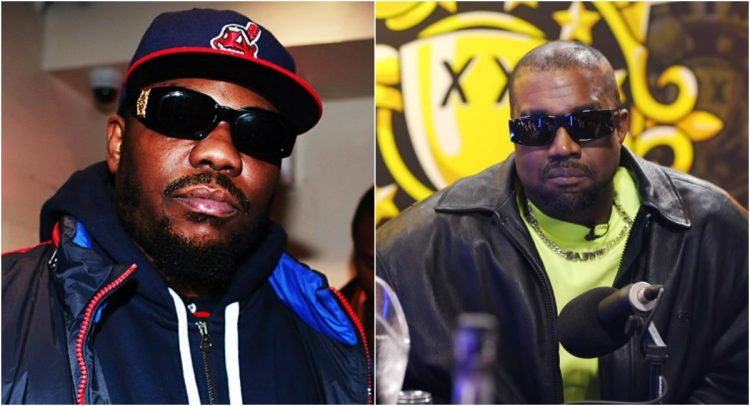 During his appearance on the Drink Champs podcast, Kanye West mentioned something interesting: he’s been trying to pay Beanie Sigel some money for coming up with the name of his company “Yeezy.”

When N.O.R.E. asked further, Ye explained that it was the State Property rapper who used to call him “yeezy” during his Roc-A-Fella days which Kanye ran with and created a billion dollar empire as we are all aware. Fans were wondering how much Kanye is actually looking to pay Beans.

Kanye West says Beanie Sigel made up the name “Yeezy” and he’s been trying to give him money for it.

During a recent club appearance in Philly, Beans told the crowd that Kanye promised him a whopping $50 million in addition to 5% stock in Yeezy for inventing the name. Swipe on the Instagram post below to watch the clip. Will Kanye stick to his promise is the question.

During the podcast appearance, Kanye also dissed Just Blaze and Big Sean, and revealed that he has left his longtime label Def Jam.