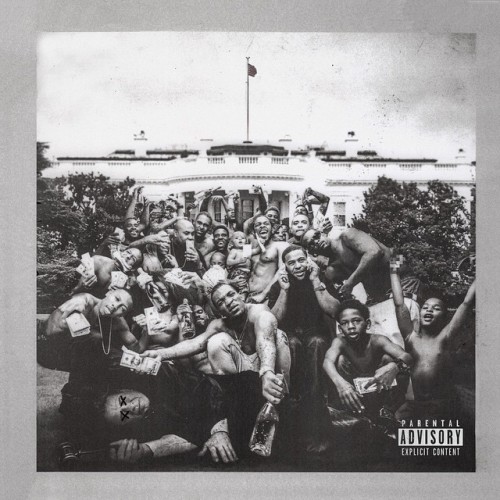 How does one follow-up an album which has been unanimously declared as a modern-day classic? This was the task appointed to Kendrick Lamar, the good kid from the mad city of Compton. good kid, m.A.A.d City instantly levitated Kendrick into a top spot amongst the new-school leaders of hip-hop. But unlike many artists who feel pressured into constantly releasing music in order to maintain their highly desired status, the TDE torchbearer took his time in crafting his highly anticipated and second magnum opus To Pimp A Butterfly. All eyes have been on K Dot as fans and critics alike speculated about his musical direction upon the release of his up-tempo self-loving single “i” and the conversely hard-hitting, brutally honest “The Blacker The Berry”. Once Kendrick released the iconic cover artwork for the project, the hip-hop world braced itself and strapped on their seat belt for another monumental, statement-making body of work. And while some listeners have had to re-adjust their expectations in terms of what To Pimp A Butterfly (full production credits here) sounds like, the album is a stellar showcasing of Kendrick Lamar’s artistic ambitions and firm proof that he is in a league of his own.

While GKMC succeeded in its pinpoint accurate depiction of Kendrick’s years as a teen in Compton, To Pimp A Butterfly incorporates a much broader scene. Through all of the pressures and stress that comes with worldwide recognition, Lamar’s wisdom shines throughout this album and he relishes in passing down a multitude of significant life lessons. Since Kendrick has traveled the world as a famous rapper, he is able to detail with precision how the evils of the entertainment industry attempt to ‘pimp’ its black artists on “Wesley’s Theory”. Whether he is role-playing or illustrating his personal growth/self-realizations (“Momma”), Lamar makes it clear from the get-go that he has absorbed a treasure chest of jewels since 2012 and we are able to soak in the knowledge due to his pristine storytelling abilities.

These ‘intrinsic to the youth’ messages are powered by the conceptual strengths of To Pimp A Butterfly. From the anecdote of an interaction with a homeless man who proves to be a higher power on “How Much Does A Dollar Cost” (featuring heavenly vocals from James Fauntleroy and Ronald Isley) to the idea of being comfortable with your skin color on “Complexion” (featuring a standout guest verse from Rapsody), each song on the album has its own notable characteristics which all play a pivotal role in Kendrick’s central thesis. Track by track, we are taken on a journey witnessing Kendrick’s rise, struggles, sorrows, and guilt as he moves forward on his mission of educating his community about what he’s learned from his trials and tribulations. It takes multiple listens to truly appreciate the narrative, but once everything clicks, a sense of well-earned gratification puts a smile on your face.

Despite Kendrick’s expertise as a musical puzzle maker and lyrical virtuoso, the catalyst that leads To Pimp A Butterfly into its level of critical acclaim is the experimental, yet rooted production. Sonically, this album is extremely influenced by funk, jazz, gospel, and soul music and while this blending of genres may be off-putting to a certain percentage of ‘hip-hop heads’, the execution behind the boards is why it’s already fair to label the album as timeless. The bass God Thundercat, saxophone extraordinaire Terrace Martin, and Kendrick’s long-time producer Sounwave all bless this album with their unique soundscapes and feel-good grooves. The abundance of substance-filled messages on To Pimp A Butterfly would not resonate nearly as effectively if it wasn’t for the smooth transitions/sequencing, flawless arrangements, and professional mixing. And especially considering that this album is so focused on its empowering revelations—particularly for African-Americans, the fact that Kendrick brings traditional black music to the forefront of his massive audience is just one of many reasons he deserves to be commended.

There are so many layers of To Pimp A Butterfly that one can choose to examine, but getting back to the basics in terms of analyzing Kendrick’s rapping performance is essential in appreciating the album as a whole. The rapid-fire, ‘scatting’ delivery on “For Free”. The mastery of flows on “Institutionalized” (sprinkled with some Snoop Dogg magic). The tribal vibe captured on “King Kunta”. The emotionally gut-wrenching “u” in which Kendrick lets loose all of his demons and depressions. These moments serve as a reminder that Kendrick is a thoroughbred emcee in every sense of the word and the scary thing is, he is only maturing and perfecting his craft. His use of different voice inflections and cadences allows the listener to pick up on different nuisances throughout each listen of To Pimp A Butterfly, and this replay-value booster is refreshing when so many of K Dot’s contempories sound like broken records.

All in all, To Pimp A Butterfly is another admirable effort from Kendrick Lamar. Very few hip-hop artists in the mainstream circuit are bold enough to attempt the creation of a funk/jazz driven hip-hop album with no obvious radio singles, and even less are capable of achieving this sort of feat. But time and time again, Kendrick proves to us that his talent has no bounds and he has a steadfast belief in his greater purpose as an artist. Yet when it comes to the inevitable comparisons to good kid, m.A.A.d city, the more casual listener is fair to maintain the opinion that his previous effort is easier to digest. There is no doubt that GKMC has anthems which are accessible to the more general audience who prefer a less ardous undertaking. GKMC will forever be cherished for its memorable highs which resonated with a worldwide audience, but moments such as the acappela verse on “i” (which examines the lineage of the N-word) and “Mortal Man” are a more fitting and honest representation of Lamar’s current mindset. The way Kendrick wraps up To Pimp A Butterfly by reciting the poem (which serves as the backbone for the entire LP) to 2Pac and conversing with him about how to deal with stardom, the issues that plague society, and a potential solution—which masterfully breaks down the album’s title—is nothing short of incredible.

With the outro serving as a fitting culmination of the imagery and deeper meaning that exists throughout the entire project, when Kendrick says that this album will be studied in universities…. we believe him (and raise our hands for the course sign-up sheet). Fueled by its mesmerizing production and exemplary thoughtfulness, To Pimp A Butterfly is not only a mandatory listen, but also another landmark body of work from Kendrick Lamar; an artist who continues to inspire and create groundbreaking music which will be revered for years to come.