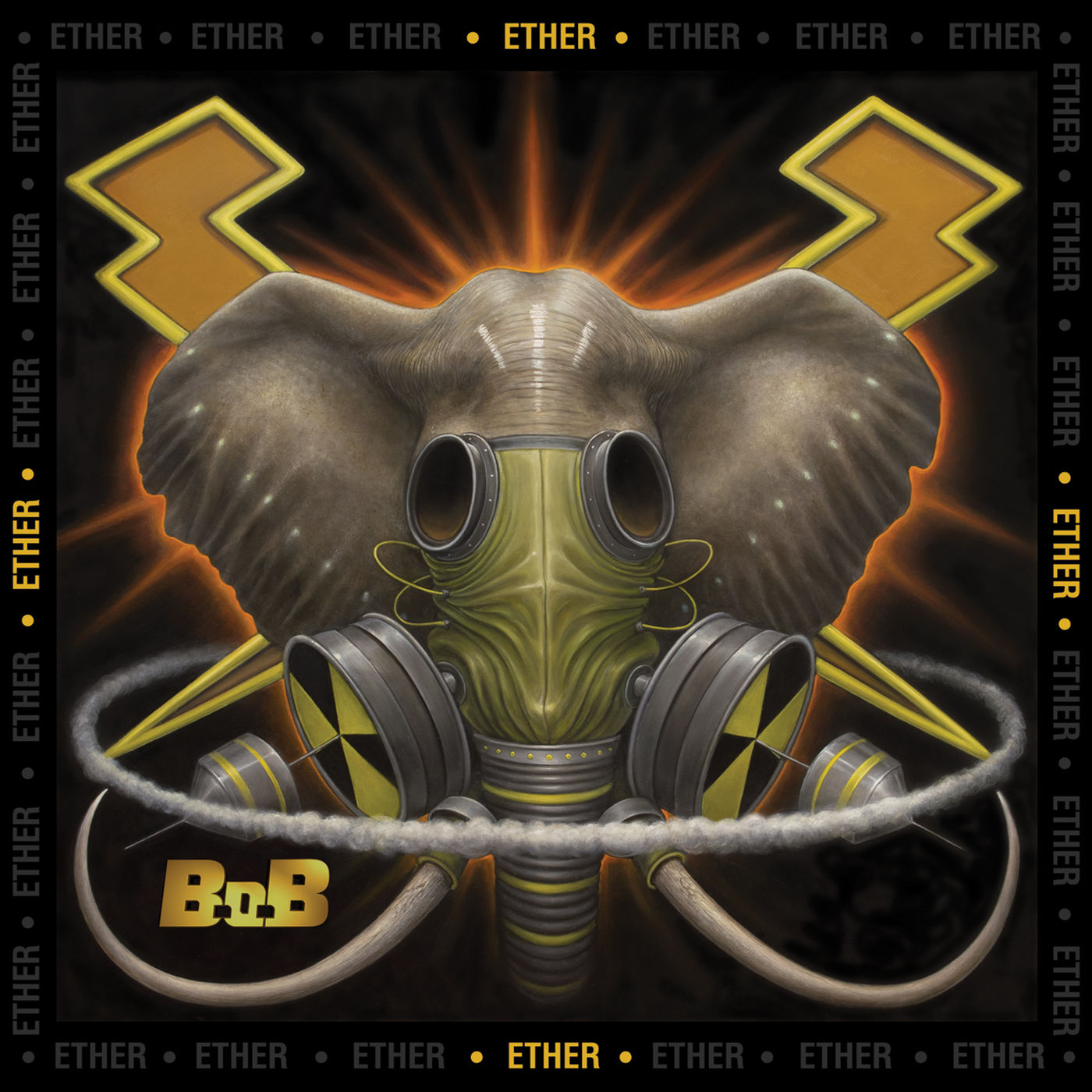 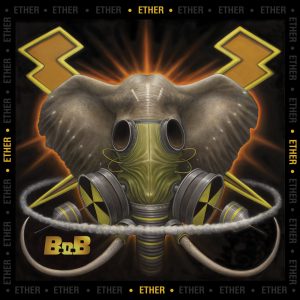 B.o.B immediately answers the elephant in the room on ‘Fan Mail’, the opener from his 4th LP Ether. Much has been made about the rise and subsequent fall of the Atlanta talent. There were days when there were rumblings of a young artist that had a style reminiscent of a young Andre 3000. To think that comparisons such as these ever existed seem almost incomprehensible today as B.o.B has dipped from the mainstream spotlight and taken a much different route. In 2008 as a young artist that could sing, play countless instruments and rap started to gain some traction, this alternate reality didn’t seem too far fetch. But it’s 2017, and B.o.B is no longer the young artist who can be considered top tier. He’s a seasoned vet who’s reached heights that some of his contemporaries could only dream of. He went from having songs atop the Billboard Hot 100, to label disagreements, to the present where his political views and flat-earth claims take precedence over his music. Somewhere along the way, his audience and his music stopped connecting, but his talent remained. All of these are touched upon within the first two minutes of his new release. He speaks on his rise and fall from fame, his newfound independence and the views that have brought him attention for the wrong reasons over the past year. Before pressing play on a B.o.B album in 2017, I realized how genuinely unsure I was about what a B.o.B album would actually sound like in 2017.

After kicking off Ether with the reflective ‘Fan Mail’, B.o.B jumps straight into the Lil Wayne assisted ‘E.T.’. It’s a song that would have had fans going crazy had it been released in 2009, but even today the two possess an undeniable chemistry and create magic here. I’d be remiss if I didn’t mention that the Lil Wayne verse found here is probably one of the best he’s delivered in the last five years. B.o.B delivers a solid hook and verse to compliment, but Wayne steals the show. One of the biggest takeaways from listening to Ether is how strong B.o.B is when he’s collaborating with other artists. He has a knack for manipulating his style and molding it so it works most effectively with his guest. Examples of this are sprinkled throughout the duration of the albums runtime. The first appears with Big K.R.I.T. riding shotgun on the soulful ‘Peace Piece’. Both rappers deliver powerful verses about today’s political climate. It can be easy to forget that B.o.B can go toe to toe with some of today’s best rappers until you hear him trading bars with them. The song also brings to light how it’s been too long since we’ve heard a full length from K.R.I.T as well. On the opposite end of the spectrum and further showcasing how versatile an artist B.o.B can be is the Young Thug collaboration ‘Xantastic’ and ‘4 Lit’ with T.I. & Ty Dolla $ign. The bounce of the latter is conducive to the West coast crooner’s style and T.I. and B.o.B rarely miss when they come together, as well. ‘Lit’ is no exception and has started to make some waves on radio. With the right push it could be at least a moderate hit for the summertime. The aforementioned pairing with Young Thug is less banger and more drugged out balled. Thug delivers a borderline falsetto to kick off the song and B.o.B follows it up with a verse that sounds like him shapeshifting his sound to Thug’s instead of the other way around. The song embodies the Xanax craze of today’s youth with its slurry melodies and accomplishes its goals effortlessly.

Ether also demonstrates that B.o.B is more than capable of crafting songs without the help of a guest. ‘Finesse’ shows that he hasn’t lost his chops for catchy, club ready songs as he recalls a female that was attempting to scam him for his fame and money. The two-part ‘Middle Man/Mr. Mister’ is one of the highlights of the album as it features some of B.o.B’s best rapping on the whole project. Bobby Ray proves to be one of the most underrated in the rap game when it comes to weaving catchy harmonies into lyrical raps. He recounts his experiences throughout the past few years with leaving his label and the struggles of getting exposure as someone without the big machine behind him. There are a few duds in the second half of the albums runtime. B.o.B continues to harp on conspiracy theories with his verse on ‘Tweakin’ that ultimately take away from an otherwise solid offering. ‘Substance Abuse’, despite its good message starts to verge on repetitive and boring before it ends. He makes up for some of these misfires with a strong closing track that finds both Ceelo and Usher delivering strong vocals on the bridge and hook. Songs like this illustrate that B.o.B built some pretty strong friendships in his early years in the music game, because landing features of this caliber on an independent release is no small feat. It’s a great closer to a concise album and is once again a song that could receive a fair share of radio spins if pushed correctly.

Ether was not what I expected. Bobby Ray has pleasantly surprised me as I’m sure he will other listeners with his official 4th LP. Over the twelve tracks included here, he proves that he is still just as capable an artist as he was all those years ago when he was just the weird newcomer with a guitar. His sound has undoubtedly evolved. On his newest effort, he has somewhat conformed to rap’s current sound and mostly left his guitar and other instruments behind. While the music here is strong, some of the dubs could have been replaced with tracks that showcased more of B.o.B’s musical side. The album is a great display of where Bobby Ray is as an artist and a person in 2017. On Ether, B.o.B has strong views, strong theories, but luckily even stronger music. There is little to no chance that he will return to the heights that he once occupied in 2010, but it doesn’t seem like his fans or him are too concerned about that these days. Truth is, that the music here doesn’t stray too far from what he was creating during his chart topping days and what’s really changed is the public’s perception of him, unfortunately. Mainstream success and sales may have fallen to the wayside, but Ether is a step back towards the spotlight for B.o.B.