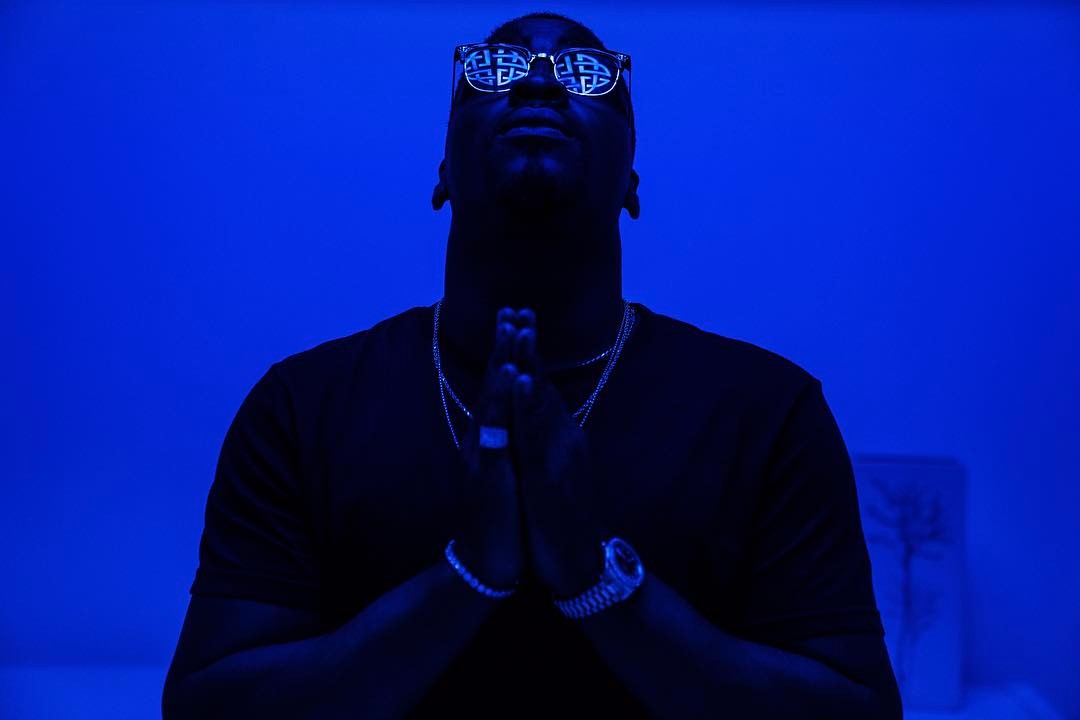 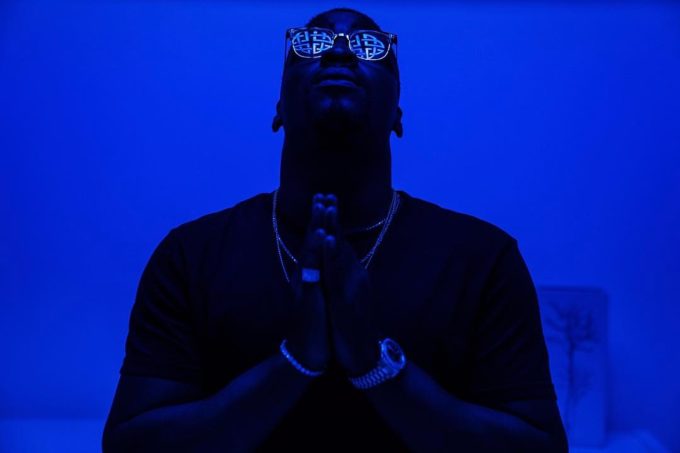 If you hear that producer tag at start of a song, you know you’re in for a banger. Producer Bongo has had a meteoric rise in the past two years or so, thanks to his incredible production skills that has led to placements with top artists in the game from The Game and Snoop Dogg to Ty Dolla Sign and 50 Cent.

Bongo was born in Nigeria and did his schooling from Florida after growing up in Rhode Island. It was his move to L.A. a few years ago that really paid dividends towards his music career. After he got his first major placement with Musiq Soulchild, Bongo found himself in the Grammy winners list courtesy his contribution to Lecrae’s album 2012 Gravity. Since then, the talented musician has worked extra hard to get to a point where he’s at currently.

Bongo’s most recent credits are both The Game and 50 Cent’s new singles — ‘Oh I‘ and ‘Still Think I’m Nothing‘, respectively. Co-incidentally, both those singles feature Jeremih, who he works closely with, and ironically, these two are rappers who had been beefing for almost a decade before finally cooling things off last year.

We spoke to Bongo over the weekend about producing for The Game & 50 Cent, what collaborations we can look forward to, contributing to Ty Dolla Sign’s smash ‘Ex’ featuring YG, his extensive work with Jeremih, how his producer tag came to be and more.

Thanks for chatting with us today. Tell us how you got your start in the music industry for those who don’t know.

Well, I started making beats when I was just 11, I used to do it on Fruity Loops and I kept on doing it when I was in school. I moved from Rhode Island to Jacksonville, Florida and kept on working. While I was in school, I got my first placement with Musiq Soulchild on a song called ‘Radio’. That was like the sign that I need to keep pushing this since I already knew I have a passion for this. Right after I graduated, I was working at a car dealership when I managed to get a placement on Lecrae’s album Gravity. And that album got nominated for a Grammy. At first, I didn’t want to get too excited because I was just starting out but I always used to wish for more success, always kept on praying. Next thing you know, I ended up getting a Grammy through that situation and once that happened, I was like ‘this is the ultimate sign that I need to make this work’. So I moved to L.A. and was originally working with a production partner (L&F) but we ended up amicably splitting up. Since then, it’s just been going up and up.

You were highly praised for your work on The Game’s The Documentary 2 album. How did you establish such a close relationship with him?

Oh well, shout out Marcus Black who’s on Love & Hip-Hop Hollywood. When I loved to L.A., I was working with him a lot and we established such a tight relationship. And he had a close relationship with The Game. So he brought me into one of the studio sessions with Game. The first beat I played, we did a song. And then the next one, then the next one. It came to a point where Game was calling me every other day like ‘what you doin, come to the studio’. And I’m flying from the memorial day weekend and what not to hit the studio with him. We kept it going and it became a movie. It was very organic.

You recently produced 50 Cent’s new single ‘Still Think I’m Nothing’ featuring Jeremih which is getting a great response. How did you end up connecting with Fif?

Well, shout out Mario from G-Unit, he connected the dots. The whole story behind it is, I did that song with Jeremih and Hitmaka. And Mario connected the dots and made 50 hear it and 50 loved it. It’s ironic that you mention Game and 50 back to back because I also got Game’s new single (‘Oh I’) which features Jeremih as well.

That’s a dope song as well. That’s one thing about 50. If he likes the song, if he likes the beat, he will pick it regardless of who produced it. He doesn’t really care about the name behind it, even if it’s a producer who hasn’t had a placement in his life.

That’s very true indeed. Me being a fan of both 50 and Game growing up, it’s an honor producing both their new singles. They both have a great ear for production. They know what sounds good and they have a ear for quality.

You and Game are quite close and 50 has almost squashed his beef with Game. Have you had any conversations with Game about their current relationship? Fans would love to see a collab between the two.

I would love to see that too. I haven’t had any conversations with Game about that. I let him handle that side. Sometimes when you don’t know all of the levels behind everything, it’s best to stay out and let it happen organically.

I agree. Ty Dolla Sign’s ‘Ex’ single with YG is one of the standouts on Beach House 3 which is also doing well. Even Lebron James has been seen bumping the track a couple of times. How did that collab happen?

Oh shout out Hitmaka for putting that together. Oh yeah, that is so dope to see. You can’t even ask for a more reputable person to be co-signing a song you produced. I actually woke up to that. My friend called me up and he sent me a link to it and that made my whole day. What happened was, Hitmaka called me to the studio was like ‘we should chop up that 112’. So I had sampled it and had changed the drums. Then Jeff came in and changed the sound a bit. Originally, the song had a more West Coast sound but then a month or two later, Ty hit me personally and was ‘come to the studio, I want to change a couple of things on the record’. He said ‘yo, I love the sound but I want that OG feeling’. And much respect to Puff and Biggie for paving the way. So I went back and studied the sound a bit and then made the changes. Once it was done, we knew it was the one. It was just undeniable. I think the video should be coming out soon hopefully.

You recently revealed that Jeremih and Chance The Rapper are working on another Christmas album. Can you tell us more details on it

How did your “Bongo By The Way” Producer tag came about?

Actually the tag came first and it inspired everything else. It is more than just my tag, By The Way is my whole brand. It’s bigger than me. I have always believed that everybody has something to contribute to the conversation whether it’s big or small. So the phrase we usually use is “by the way” so that’s just how it came out. I also have a clothing brand called “by the way” merch. I always live by the thought of “dream, build, prosper”. The meaning behind it is that if you actualise your passion and connect your passion with your purpose through dreaming, building and networking, you can really prosper.

What has been your favorite placement so far?

Oh man, that’s a really hard question. It’s so hard. I can’t even say. Because it’s like, there are records that aren’t even out that I’m thinking like, man! I loved my contribution to Jeremih’s Late Nights album with the songs ‘Feel Like Phil’ and ‘Actin’ Up’. And of course, the Lecrae song ‘Free From It All’. Because it was the catalyst that pushed me to take everything to the next step.

What are some of your upcoming collaborations that we can look forward to?

I got a song on the new K. Michele album. Just did the new 50. I got tracks on the upcoming Game album that’s coming out. I got O.T. Genasis. I have tracks on Jeremih’s next album, more stuff with Ty Dolla Sign. I got some artists that I’m working with — shout out to Bruza from Chicago.

Hitmaka also recently revealed that Ty Dolla and Jeremih have an album coming out called ‘MihTy’.

Oh yes, he did. I did some joints with them on there too. It’s still in the finalizing process from what I understand. They have a lot of stuff recorded. I work a lot with Jeremih, he’s my friend and business partner. He’s just a stand up dude. And of course, he’s one of the most talented writers of our generation.

He absolutely is. This is something we ask everyone we interview here at HipHop-N-More: Prince or Michael Jackson and why?

I would pick Michael just because.. Oh man, this is a hard one. Mike had iconic records and his personality was something else but Prince was a pure artist. This is crazy but to be completely honest with you, I’d pick Michael only because I was never a huge Prince fan unfortunately. I say unfortunately because I know what a genius he was but you almost can’t not be a Michael fan, you know.