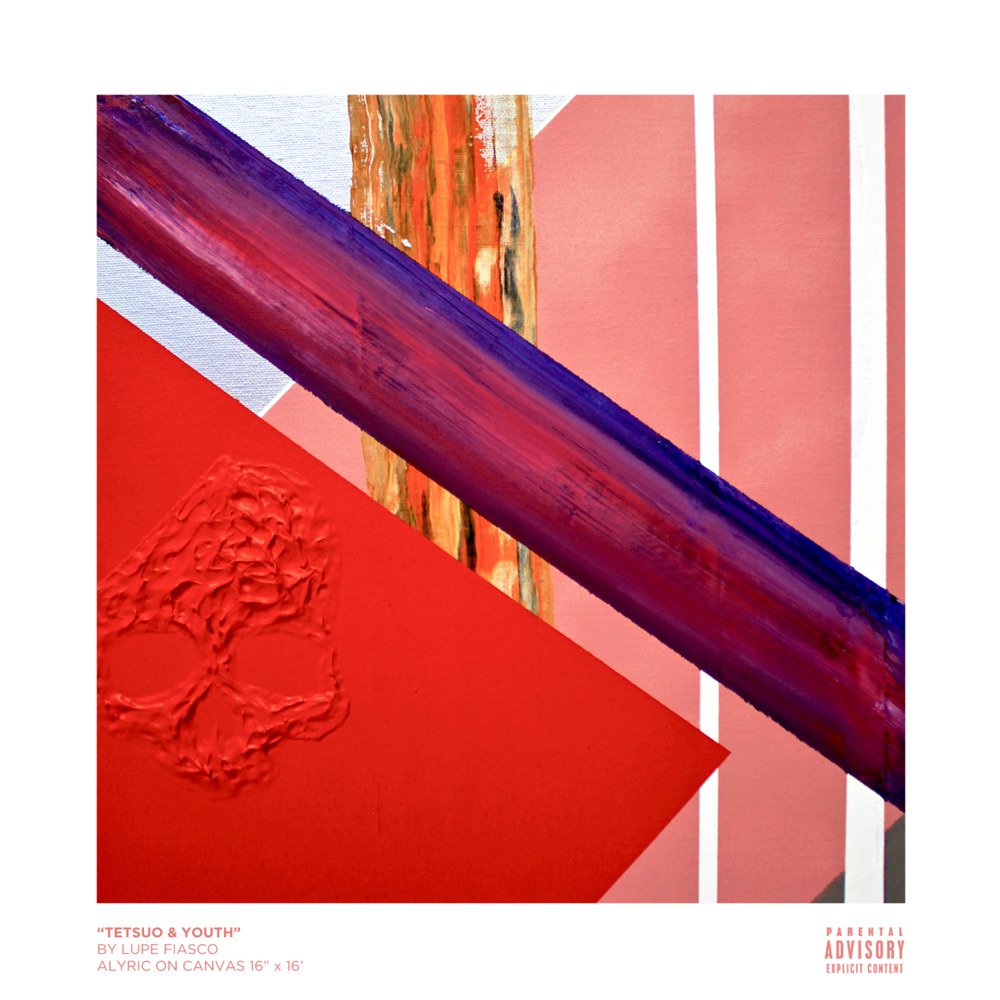 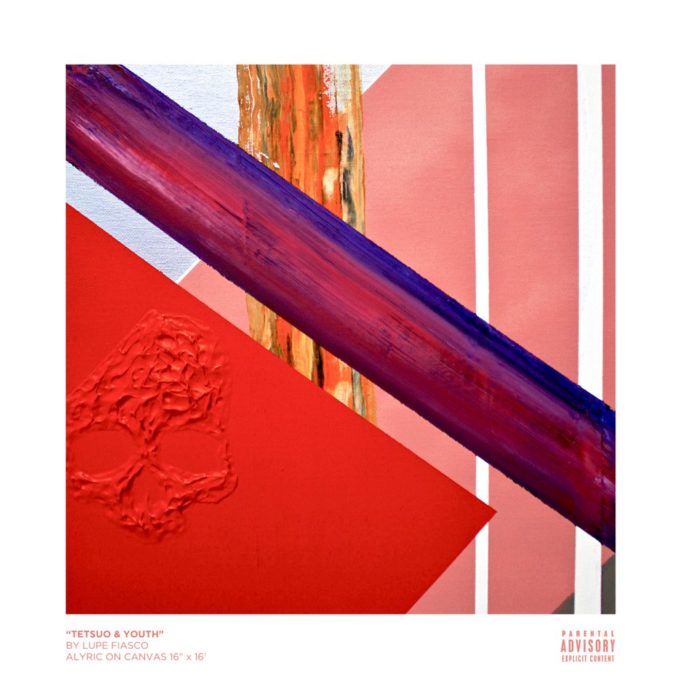 There is a scene in Charlie Aheam’s 1983 film Wild Style where a gallerist by the name of Niva Kislac invites some rappers and a man named Zoro (played by Puerto Rican artist Lee Quiñones) to her party with the intention of acquiring some “street art”. Quiñones’ character is visibly appalled at the idea that graffiti could qualify as art at all. 35 years later, the sentiments in the scene hold true. Although Hip-Hop and art often get mentioned in the same breath, it’s usually people on the Hip-Hop side making the comparison. There’s generally a snobby response when anything is compared to almighty high art, let alone Rap music.

That idea remains even if a rapper uses art in their music with the purest of intentions. Somewhere there exists a parallel universe where rappers are considered the highest level of artists and the number of albums they have sold correlates directly with the skill and integrity of MCs. The undisputed king over there is Lupe Fiasco.

I resent the world “real” before Hip-Hop just like I resent it before art. But to imply that what Lupe Fiasco has been doing for well over a decade now is not at least artistic in the truest sense is blasphemy.

The Chicago MC made headlines last year when he revealed that since his 2009 effort Lasers, he has never put his full creative heart into anything connected to Atlantic Records. The rapper has a turbulent history with the record label who he is now finally very much free from. He promised “a full, complex, fully involved Lupe Fiasco” on his forthcoming LP DROGAS Wave, implying we haven’t heard that in any of his four albums since The Cool. But a huge anomaly lies in his recent discography: Tetsuo & Youth, not only a work of art but a masterpiece.

It’s easy to sit back and discuss the album now and forget that for years it felt like It wouldn’t ever come out. It was no act of justice or good will from Atlantic that put the album in our hands. Hacker group Anonymous tweeted Atlantic essentially saying that if the record wasn’t soon given a release date, there would be catastrophic consequences and lo and behold, the date of January 20th, 2015 was set.

Even now, having lived with the album for three years, the concepts on the songs don’t feel outdated or even fully digested yet. There are songs on Tetsuo & Youth where the lyrics have three different meanings depending on which narrative you’re following. 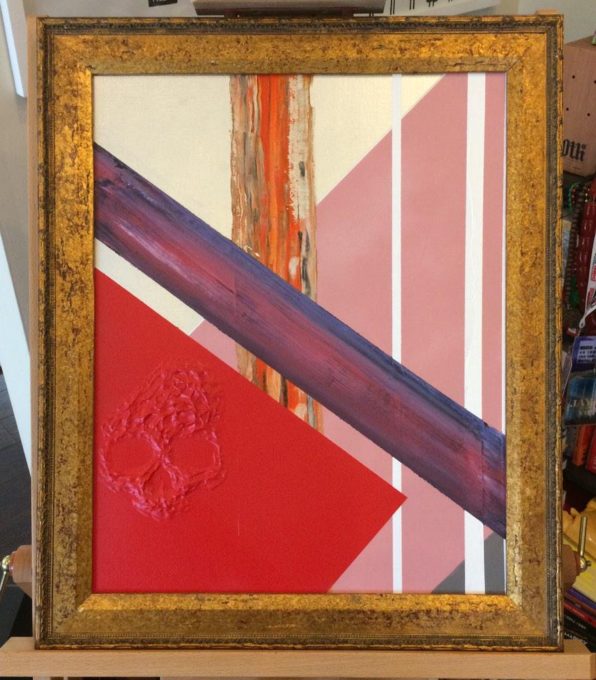 The cover art itself is literally an art piece. It’s titled Uomo Mangiato Tigre (Man Eating Tiger) and was painted by the Chicago MC himself. Much like Lupe’s music, on the surface it passes off as a wonderful creation and things only get better when you know the true meaning and purpose of everything. Different interpretations of the artwork mean that it has more depth and substance to it than most full-length albums.

Just a small handful of the different interpretations which Lupe himself has acknowledged. Different perspectives on any piece of art justify different perceptions of it and its difficult to immediately comprehend artwork as layered as T&Y’s.

Flip the album over and you’ll see the tracklisting written out. You’re excused for thinking that there’s nothing special about this either. The tracks almost take the form of concrete poetry – upside down, that is. It’s a theory that seems a little bit outlandish until you realise that Lupe once tweeted the back cover upside down and made another reference to it in his SkeeTV interview. 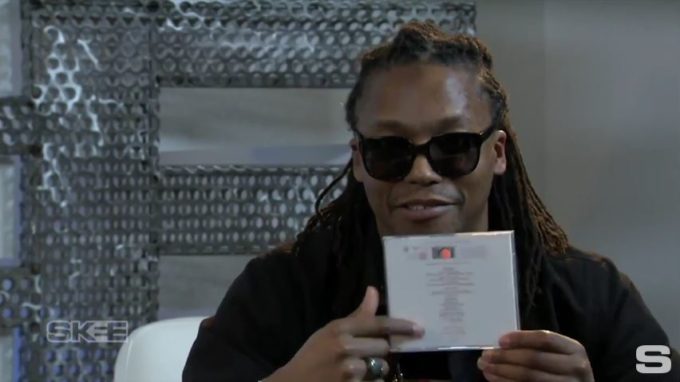 The tracklisting upside down conveys the image of Jesus being crucified. The full stops on ‘They.Ressurect.Over.New.’ even look like the nails hammered into the wrists. What’s even more astonishing is the fact that this isn’t something Lupe and his crew noticed coincidentally and played along with. Themes of religion are scattered across the entire body of work and the album is indeed meant to be played backwards, which is why the image is formed upside down. It’s one of things which Lupe accused Kendrick of borrowing from him on Twitter earlier this month, but it’s executed far more subtly.

The high artistic value only continues within the actual music and it’s not limited to songs either. Four intervals come in the form of ‘Summer’, ‘Fall’, ‘Winter’ and ‘Spring’, in that order. More than some skits which introduce each section of the album through recording some conversations, these tracks define the actual feel of the music sonically. The songs after ‘Summer’ fall lighter on the ears and the songs preceded by ‘Winter’ feel aggressive and harsh. The seasonal tracks also act as palette cleansers and refresh our ears. ‘Dots & Lines’ straight into ‘Prisoner 1 & 2’ without ‘Fall’ in between feels far less cohesive and natural.

It’s difficult to compare the album to art and not recognise the album’s first song, ‘Mural’. Three years have now passed since we first heard this song and I’m yet to hear better rapping than those 8 minutes. I’ve been keeping track too.

Still no better display of rapping in 2015 than @LupeFiasco on 'Mural'.

To even have the balls to jump on the 'Mural' beat after what @LupeFiasco did to it deserves respect. Still the best rapping I've ever heard

A project like Tetsuo & Youth comes around once in a lifetime, even by Lupe Fiasco’s standards. It is an array of jewels sequenced to form one giant masterpiece. Art is often overlooked until centuries after its inception when it’s eventually popularised. Knowing what we know about this album, perhaps it’d be easier to appreciate it for what it is now.