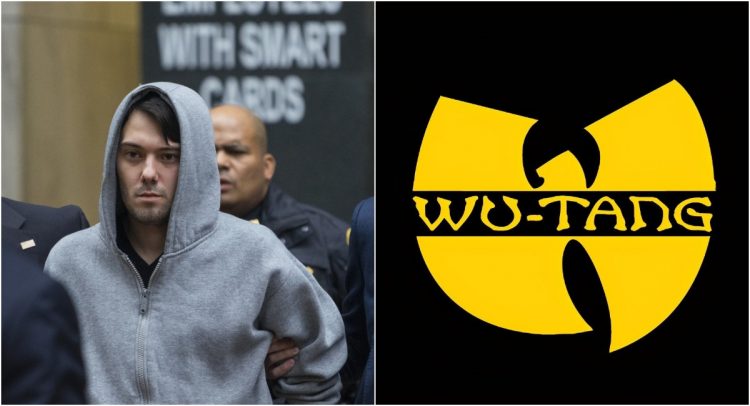 The U.S. government has sold off the one of a kind Wu-Tang Clan album which was forfeited by “Pharma Bro” Martin Shkreli as part of his criminal conviction.

“Earlier today, the United States sold the sole copy of the Wu-Tang Clan album “Once Upon a Time in Shaolin” (the “Album”) which had previously been ordered to be forfeited as a substitute asset in connection with the approximately $7.4 million forfeiture money judgment (Forfeiture Money Judgment) entered against Shkreli at his March 2018 sentencing,” said the press release on justice.gov.

The identity of the buyer and the sale price of the album Once Upon a Time in Shaolin, were not revealed by prosecutors because of a confidentiality provision in the contract. Proceeds from the sale of the album will be applied to satisfy the outstanding balance owed on the Forfeiture Money Judgment aka his debt.

Back in March, 2018, a judge had ordered him to forfeit his stake in Wu-Tang Clan’s that Shkreli bought for $2 million as well as a copy of Lil Wayne’s Tha Carter V. Martin Shkreli is referred to as the “pharma bro” after raising the price of the drug Daraprim (used for AIDS patients) by more than 5,000 percent, but was convicted of securities fraud charges unrelated to that drug.

The rare album which is only available in a single copy, includes a hand-carved nickel-silver box as well as a leather-bound manuscript containing lyrics and a certificate of authenticity. The Album is subject to various restrictions, including those relating to the duplication of its sound recordings.