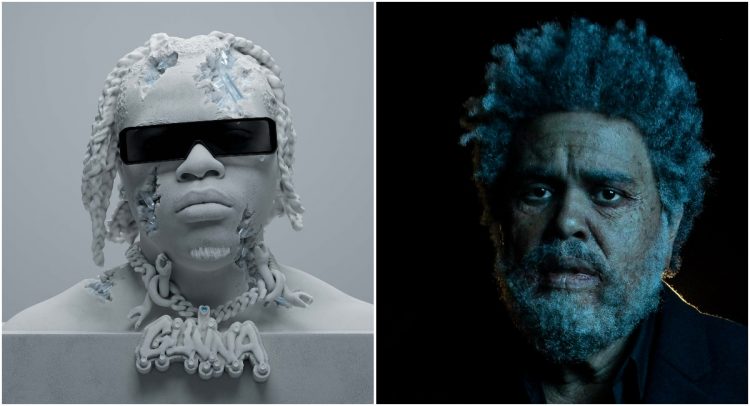 In almost a shocker, Gunna has beaten The Weeknd for the number 1 spot on the Billboard 200 album chart this week.

The Weeknd’s Dawn FM debuted at number 2 with 148,000 album-equivalent units, only slightly less than the 150,300 units registered by Gunna’s latest project DS4Ever, Billboard announced late Monday. The projections had the two albums quite close to each other last week but it was always the Canadian superstar who was expected to take the top spot.

The Weeknd was obviously the bigger mainstream name here but his album was received with mixed reaction by fans and he also didn’t have enough time to ship physical copies of the album which means the 148k was almost all streams (apart from a few digital pure copies from stores like iTunes and their own webstores). Gunna also didn’t sell any physical copies of his project.

Both artists issued a deluxe edition with additional tracks just days after releasing the standard edition. Gunna included the much awaited Drake feature ‘P Power’ before the tracking week which seemed to have made all the difference. Both artists also sold digital versions of the standard album in their own webstores for very low prices — $4 for Gunna’s and $3.49 for the Weeknd’s, Billboard noted.

Republic Records issued a press release shortly after, mentioning that The Weeknd had the number 1 album in the world with over 500 million streams to date.