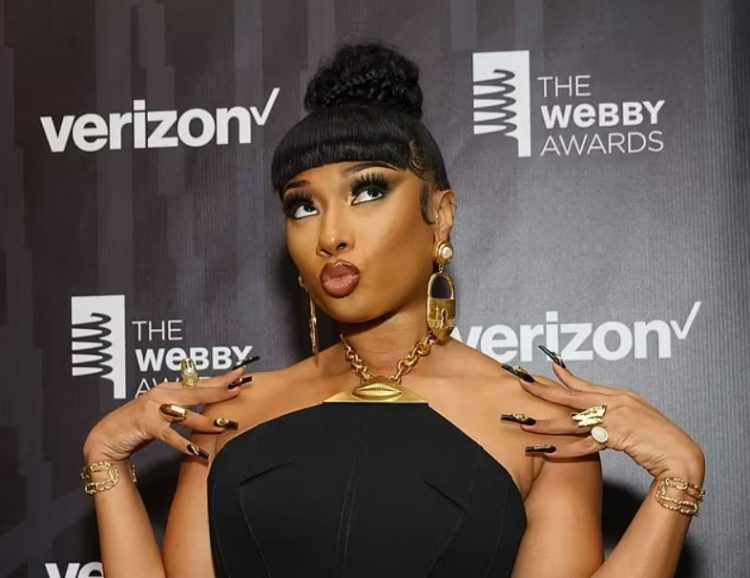 Last night (Monday), Megan Thee Stallion was honored with the Webby Artist of the Year Award which was presented by her Legendary co-star Law Roach. It was presented “for her use of the Internet to blaze artistic trails and to advocate for Black women to be confident, respected and protected.”

During the red carpet interview, Megan talked about being a busy woman and her upcoming plans. She was also asked if she wanted to reveal anything new. Megan then told the host that she’s 95% done with her upcoming new album.

“Anything I want to give away? Actually, I’m probably like 95% done with my new album. I want to tease that for the hotties. I haven’t told them nothing about my album,” she said in the clip which Webby shared with HHNM. Watch it below.

Megan released her debut album Good News in 2020 and then shared a project called Something for The Hotties last October. She recently released hew new single ‘Plan B’ that you can listen here.