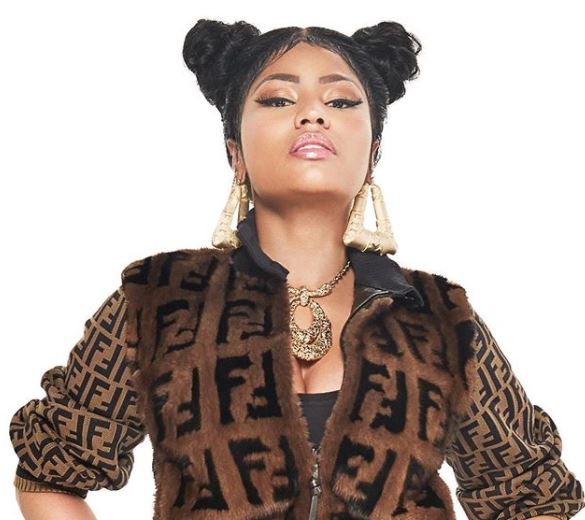 A part of the plan for Nicki Minaj’s return to limelight has been the much awaited interview with Zane Lowe on Apple Music. When the rapper announced the upcoming chat on social media yesterday, some of us were surprised that she skipped TIDAL, a service she co-owns and give one of the biggest interviews of her career to a rival service.

Nicki is making a comeback today with two new singles, ‘Barbie Tingz’ and ‘Chun-Li’ (listen here) which are first tastes off her forthcoming 4th studio album. Nicki arrived a little late to the studio but the interview was worth it. Nicki talked about disappearing from the public eye, revealing that she deleted all forms of social media from her phone. “It was the most genius idea I have ever done,” Nicki told Zane.

The rap superstar also discussed her album in brief, describing how proud she was of it. “This is the best album in my life that I’ve ever created,” she revealed. Her now, on now off relationship with Drake came up for discussion as well. “Drake is always mad at me. We’re like an old married couple, but he has also given me some of the best advice of my career.”

Zane made sure to ask Nicki about the Meek Mill-Drake beef and her ex-boyfriend’s jail sentence. She seemed to get a little emotional about the situation but told the host that she will be speaking in detail about the rest on the album. “The judge in question did everything I told her. I can’t bad mouth her. I get into detail on the documentary I’m shooting and the album,” she said in a reserved tone. Stay tuned for the full audio of the interview.

Nicki Minaj spoke on the Cardi B situation as well: “The only thing with Cardi that really hurt my feelings was the first interview she did after ‘MotorSport’ came out. With ‘MotorSport,’ I felt ambushed,” said the hitmaker. “I have never seen her show me genuine love in an interview. I can just imagine how many girls wish they could of been on a song with Nicki Minaj,” she continued. Watch her speak on Cardi B above. Yesterday, a snippet of a song called ‘Half Back’ surfaced online which some fans claimed took aims at Cardi. Nicki confirmed during the interview that the song was recorded for Drake’s album over a year ago.

UPDATE: Listen to the full interview below.

UPDATE 3: Here’s the official video clip of Nicki discussing the Cardi B and ‘Motorsport’ situation.

UPDATE 4: The full interview is now here in video form.