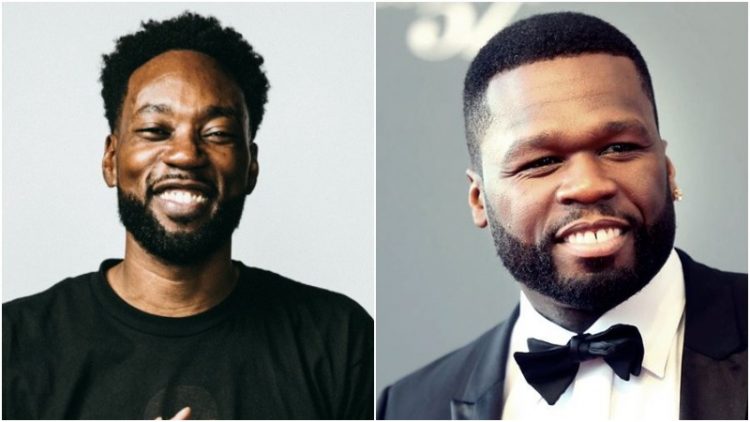 Pop Smoke’s Shoot for The Stars, Aim for The Moon is one of the highest selling albums of 2020 and one song that we have seen being referenced/interpolated heavy this year is 50 Cent’s ‘Many Men‘.

21 Savage is another rapper who was inspired by 50’s classic track off his groundbreaking album Get Rich or Die Tryin’, using the reference on his song of the same name. He used the energy to send some shots at Jeezy through the track. DeJ Loaf also used the reference to build her ‘No Ceiling‘ track with Gunna last month. In a new interview with Spotify’s Creative Director, Head of Urban Music, Carl Chery, 50 spoke on the influence of his 2003 song even in today’s times. “You know, the energy, the tones of what is going on with them match the record,” said 50.

50 also noted how ‘Many Men’ was the slowest song on Get Rich or Die Tryin’, but goes well with a lot of material that’s made today by the younger generation.

We spoke with Carl Chery too to seek his view on the phenomenon. His favorite ‘Many Men’ dedication this year remains Pop Smoke’s ‘Got It On Me’. “My favorite “Many Men” homage is Pop Smoke’s ‘Got It on Me’. He also made a reference to ‘Candy Shop’ on ‘The Woo‘. 50 has a lot of great music to pull from but I love that Pop decided to build a song around “Many Men” specifically. It highlights the parallels between him and Fif as artists,” said Carl. “Katori Walker deserves an honorable mention. He’s an emerging artist from LA. His homage to “Many Men” wasn’t as expected—Katori’s music is more socially conscious—but he made it work.”

Some people like to dismiss 50’s influence today but an album that he executive produced is one of the best selling ones this year and it’s by an artist who idolized him. Carl thinks 50’s influence is not dismissed. “I don’t think 50’s influence is dismissed. It’s a bit of an afterthought because he isn’t active musically. He’s still an important figure in hip-hop culture but a lot of his focus is in the TV & Film space now. It’s great to see him having a moment with music this year. And it’s nice to have all these ‘Many Men” references as a reminder of 50’s influence.”

Pop Smoke and his incredible album have been submitted for various GRAMMY categories for this year, including “Best New Artist.” Carl thinks both him and Roddy Ricch deserve it to win it. “Pop Smoke deserves to be nominated for Best New Artist. Roddy Ricch also deserves to be nominated for Best New Artist. They both had an incredible year. They were two of the biggest artists of 2020 across all genres. A win for either will be a win for hip-hop. I’d love to see Pop or Roddy take the Grammy home.”