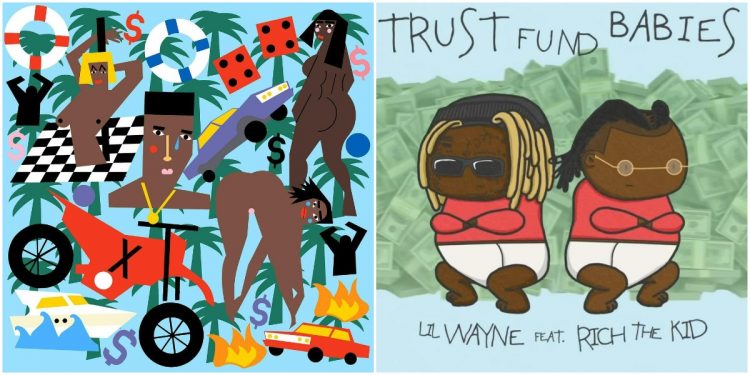 Two major albums released this Friday from two of the most consistent rap stars we have today.

The initial reaction to the album has been mostly positive from fans but how is he doing numbers wise? Expensive Pain is expected to move 85-95k copies in the first week with about 1-3k coming from pure sales, reports HDD. This is considerably less than what his last album Championships sold in the opening week (229k).

Lil Wayne surprised some fans when it was announced that he will be joining forces with Rich The Kid for a joint album called Trust Fund Babies. The 10 song project (label wants to call it a mixtape) is expected to move 12-15k copies in the first week