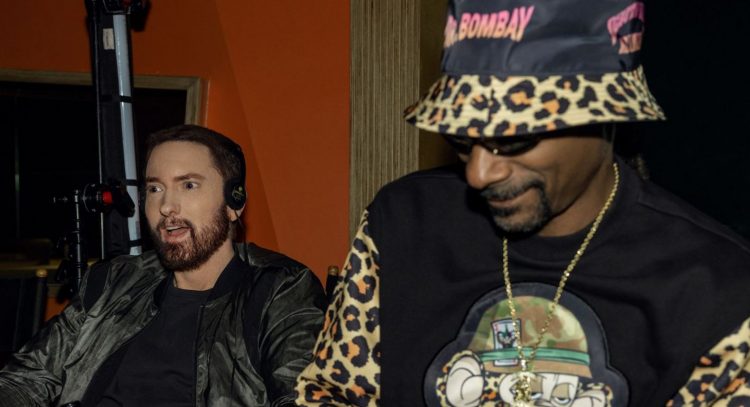 Eminem has revealed that he ended the beef with Snoop Dogg after Dr. Dre suffered Brain Aneurysm which led to his admission in the ICU.

In January 2021, Dr. Dre experienced a brain aneurysm, a potentially fatal disease that necessitated emergency treatment. Even Dre has mentioned that he wasn’t sure if he would live. Em and Snoop repaired a fued while Dre recovered at Cedars-Sinai Medical Center in Los Angeles.

“Me and Snoop had our little issue and then Dre, when Dre had that brain aneurysm thing,” Em explains, “we were like, ‘oh this is stupid. This is stupid as hell to be feuding right now,'” he said to Paul Rosenberg while being interviewed on his Paul Pod show on Sirius XM.

In June, Snoop and Em collaborated on the track ‘From the D 2 the LBC’ celebrating their respective hometowns, which appeared on Em’s latest project Curtain Call 2. The pair reunited on the 2022 MTV VMAs stage last month to perform the song.

You can listen to the entire part 2 of the interview with Paul below.